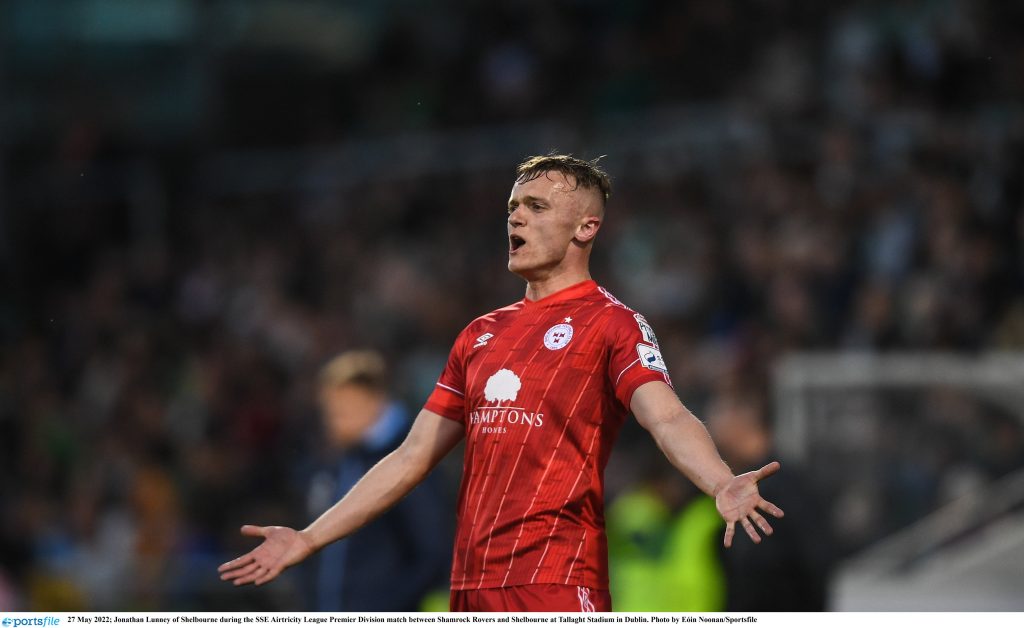 Shelbourne Football Club is delighted to announce that midfielder JJ Lunney has extended his contract at the Club until the end of the 2023 season.

The fluid midfielder has made 29 appearances in red since joining in 2021 and was a pivotal success in the team that gained Shels the First Division title in 2021.

JJ has since gone from strength to strength in the SSE Airtricity League Premier Division scoring his first Reds goal in the 2-1 win away to St Patrick’s Athletic.

The 24-year-old has made 134 league appearances in his career and hails from Swords, North Dublin.

Shelbourne FC Head Coach Damien Duff said: “It is great news for everyone involved at the club that JJ has signed back for next season already. He was a big miss for us at the start of the season so having him back fit has given everyone a lift. He has shown his quality since his return and has brought a different dynamic to the team. We all look forward to working with JJ over the next 18 months and beyond.”

JJ Lunney said: “I’m delighted to extend my contract to cover 2023. It’s very exciting times at Shels with the group we’ve got at the minute and we believe that there’s so much more still to come both for the rest of this season and next season. I look forward to achieving success with the Club.”