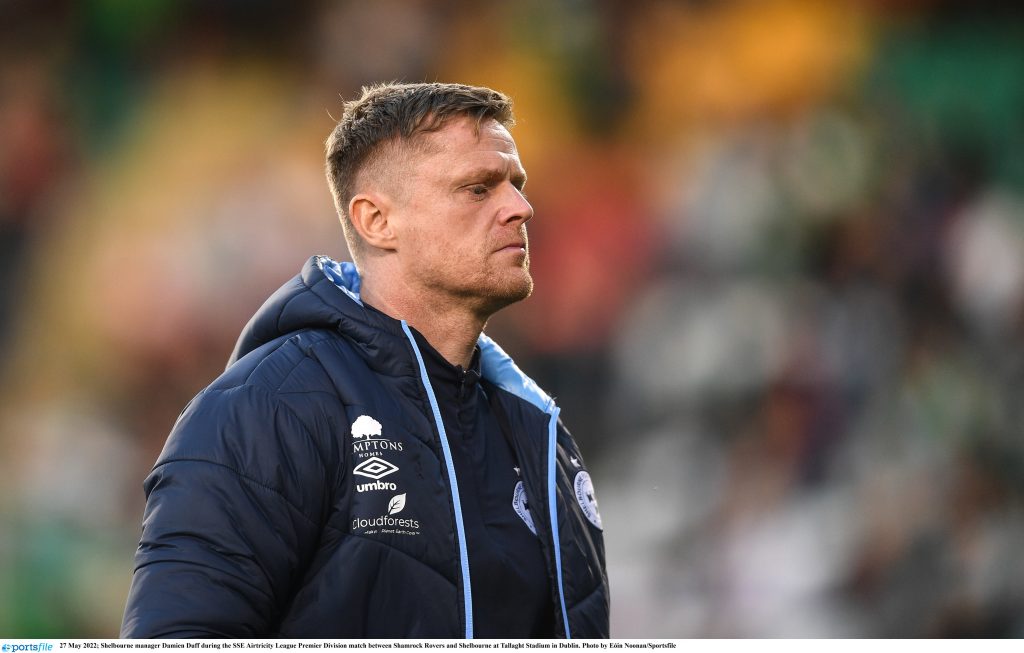 Shelbourne boss Damien Duff has said there’s “no better game” to come back to tomorrow evening as the Reds return to action to face Bohemians in the North Dublin Derby.

Shels came into the break in good form but Duff said it came at “the right time and the wrong time” as the Reds welcome back bodies for the second half of the season.

“We’ve had a mini-preseason if you will so the lads are ready to go and get right back into it” he told shelbournefc.ie.

“The lads know it’s a derby so there’s always those things to tap into but we’ll be ready to go,” he added.

Shelbourne will be without Sean Boyd through suspension after he accumulated a number of yellow cards in the first half of the season.

The Reds, however, welcome back Brian McManus and Adam Thomas into the frame for squad selection after their recent injuries while Sean McSweeney nears full fitness having missed the first half of the season.

“We’re halfway through the season now and I’d like to think the fans can identify with the team now. They’ve been amazing for us and the lads get that with some amazing nights so far,” Duff said.

“Everything we do is to be inclusive for the fans, the Club, the staff and players and we have built that togetherness. So we’re ready to go,” he added.

Lewis Webb and Jordan McEneff have both ended their loan spells at Shels as JJ Lunney has extended his contract until the end of 2023.