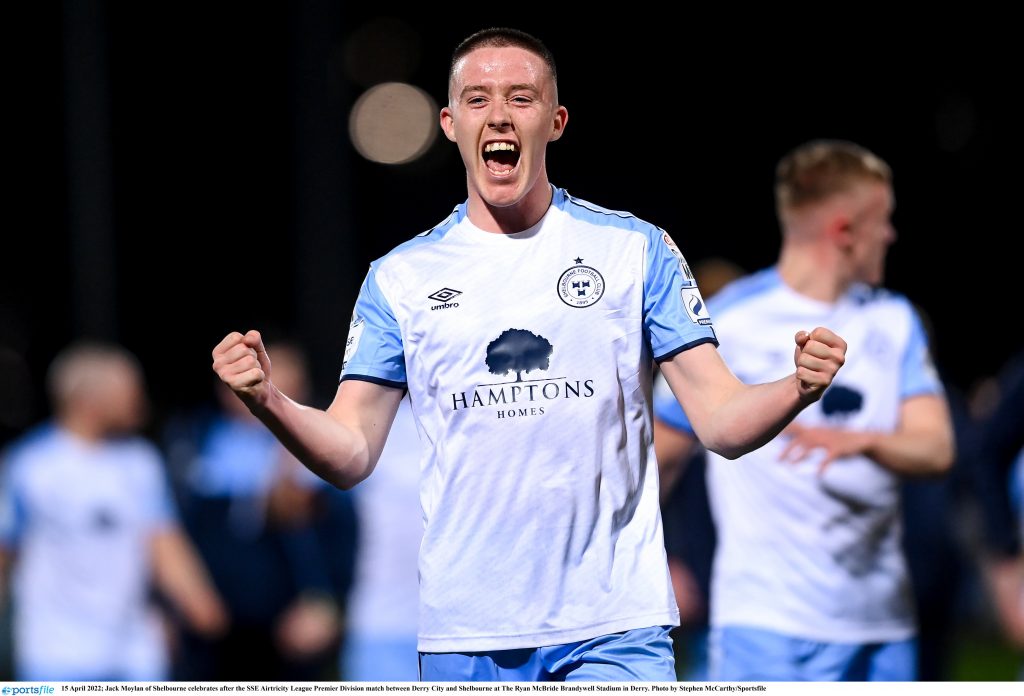 Shelbourne Football Club can confirm the extension of Jack Moylan’s contract to the end of the 2023 season with the Reds.

The 20-year-old has become a firm fan favourite at Shels since joining at the start of the 2022 season and has played 17 times for the Reds in the SSE Airtricity League Premier Division this year.

The attacking midfielder has scored four times with memorable goals against St Patrick’s Athletic and Sligo Rovers among them.

The versatile attacker has played 41 times in the SSE Airtricity League thus far after last season’s spell at Wexford FC.

Jack’s extension adds to the list of JJ Lunney, Shane Farrell, Jad Hakiki, Gavin Molloy and Brian McManus who have extended their contracts in recent weeks.

Shelbourne FC, Head Coach, Damien Duff, said: “I am very happy that Jack has decided to extend his stay with us. He has high ambitions in football but I thoroughly believe  that this environment is the best place for Jack right now to keep growing and improving. He can do things that nobody else can do in the league. He excites the fans and he excites me. I am very tough on him and will continue to be as I believe he has the ability to take his game to a whole new level.”

Jack Moylan said: “I’m delighted to sign for another year, it’s such a great club and definitely the most I’ve enjoyed my football ever so far in my career. It’s a proper club here with proper people in it and I can’t wait to see what the next year holds. The club’s going in the right direction and everyone’s buying into what’s happening on and off the pitch and I’m just delighted to be a part of it.”