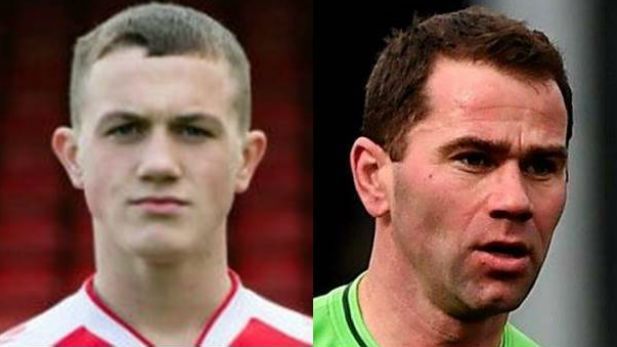 Shelbourne have added Arran Molloy and Dave Mulcahy to their squad for the coming season.

Arran Molloy was part of the First Team Squad in the 2017 season, while still playing with Wayne Groves’s Under 19s,

He was an unused substitute on ten occasions during the season and started in the drawn home game against Waterford FC at the end of June. He was substitued after 88 minutes by striker Aaron Ashe, who scored the goal that drew the game.

He started his league career with hometown club Kilkenny City in 1999, before moveing to Waterford in 2003. Two years later he moved to St. Patrick&rsquo;s Ath. For 18 months before returning to Waterford in mid-2007. He moved to Cork City for the 2008 season before leaving that August following a disagreement.

2009 saw him move on to Bray Wanderers and then to St. Patrick&rsquo;s Ath for the 2010 &amp; 2011 seasons. Bohemians was his next port-of-call in 2012, then managed by Aaron Callaghan. He was given the captain&rsquo;s armband when Owen Heary took over at Dalymount in late 2013. He briefly joined Cork City ahead of the 2015 season, but not being able to commit to full-time football with the Lee-siders, returned to Dalymount, making 23 appearances with Bohs in 2015 and remaining at the club for 2016.

He joined Waterford FC at the start of the 2017 season but left the &lsquo;Blues&rsquo; by mutual consent in August and signed for Drogheda United until the end of the season.