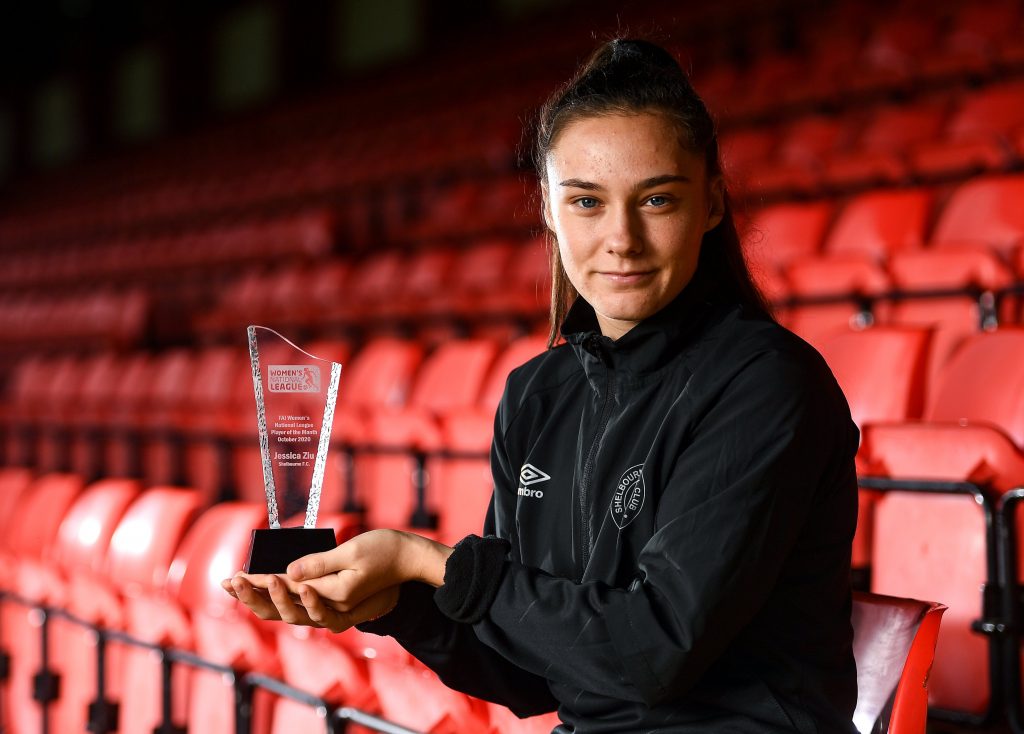 The Dubliner has been in fantastic form of late, scoring a hat-trick away to Wexford Youths, and her performances have helped elevate Shels to the top of the Women’s National League.

Ziu was presented with the Barretstown / Women’s National League Player of the Month award for October and she was quick to ensure that her team-mates got a share of the spotlight.

“When I first heard about winning the award I was happy as it’s my first one and I’ve been working hard but without sounding too cliche it’s a team effort,” said Ziu.

“There are 24 of us in it together, along with the staff, and even if you look at the hat-trick I scored I wouldn’t have been able to do that if it wasn’t for Ciara Grant playing me in. It’s very much a group effort and I think that I was fortunate enough to get the award ahead of some of the other players.”

Teamwork has been one of the reasons why Shels remain in the title race with two games left to play as they are clearly fighting for each other. But it took a set-back to fire them on.

“I think the 6-0 loss to Peamount was almost a blessing in disguise for us because since then we have been playing great. We had a rocky start but since beating Wexford our hopes are higher than ever,” she said.

“We have two more games to go against two of the toughest teams in the League in Galway and Peamount. They are like two Cup Finals for us.

“We’ve spoken about it as a team, we all want to win the League. Of course it would’ve been nice to get the FAI Cup Final, but the League was always our aim. And now that we’re not involved with the Cup we can just focus on the League and prepare for that.”

If Shels are to win the League for the second time in their history then it will be a team effort that gets them over the line. But it’s also not that bad having someone as talented as Ziu being part of that collective.