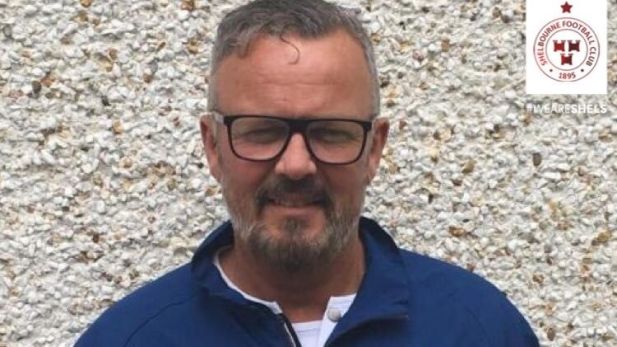 Shelbourne Football Club is pleased to announce the appointment of Stephen Henderson as Head of Youth Development. Stephen, who has more than 12 years experience as a manager in the League of Ireland, will begin the role immediately.

A highly-qualified and well respected coach, Stephen entered into management in the League of Ireland in 2005 with Cobh Ramblers, who he guided to the First Division title in 2007. Stephen went on to manage Waterford United for 3 seasons, before returning to manage Cobh Ramblers.

Boasting an impressive playing and coaching CV, Stephen will be tasked with overseeing development and implementation of the Youth Development Programme at Shelbourne. This includes overseeing the continued development and growth of the club&rsquo;s highly successful underage teams, from the Under 8 team through to the Under 19 team.

On his new role Stephen commented:

“After talking with Dave O’Connor and some of the people involved in the academy, it was clear for me to see that Shels are pushing in an exciting direction at senior and academy levels. To be part of that process is exciting and I am very grateful to the club for affording me this opportunity. Our job at the academy is to ensure we give the young players every opportunity to reach their potential through structured training sessions, lots of encouragement and really good information. There are some great coaches at the club and I&rsquo;m really looking forward to working with them and the players closely over the coming season.”

In his new role, Stephen will be working closely with the Head of Football Operations in continuing to implement the Clubs long-term strategy for the academy, which consistently produces players and coaches of the highest calibre.

“We are delighted to have someone of Stephen&rsquo;s calibre and experience join our academy structure. He has a wealth of experience and knowledge and has a proven track record of working with and developing young players.

Stephen&rsquo;s role is to give support, direction and lend of all his vast experience to all our academy coaches and players. We are very lucky at Shelbourne to have a first class academy structure that provides an elite pathway through each of the underage National League, right through to our First Team. However, we are also unique and very lucky to also have a thriving community academy structure which enables us to develop players of all levels and abilities. Stephen will be tasked with overseeing the growth and development of this whole structure.

His passion for working with young players is infectious and I know he will immerse himself in this role immediately. I am really looking forward to working with him. With the recent restructuring of the underage schoolboy leagues, Stephens initial goals will be focusing on the pre-season scheduling for the Club&rsquo;s DDSL teams, as well as monitoring the progress of each of the Club&rsquo;s National League teams.”

“I am absolutely delighted to welcome Stephen to Shelbourne Football Club. His record in developing young players is there for all to see. He knows exactly what it takes for young players to play at senior level and that will form part of his remit which is developing players, with the ultimate aim of passing as many of them as possible from our youth system into myself in the first team.”