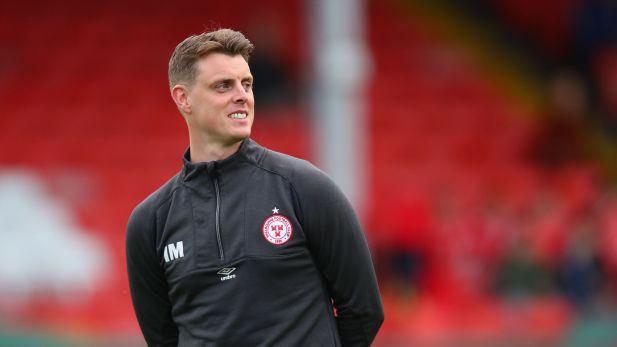 Shels boss Ian Morris has praised the Reds faithful as “the best in the league” this year and expects tomorrow’s sold out Shels crowd to be “crucial.”

Shelbourne travel to Drogheda United tomorrow in what represents a critical game in the Reds’ promotion hopes.

A win guarantees the SSE Airtricity League First Division title and a return to the Premier Division with Drogheda just three points behind with two games to go.

“You see the numbers that are travelling. With that atmosphere, it could feel like a home game to us,” Morris toldshelbournefc.ie.

“They score a lot of goals, while conceding a lot as well. They look to outscore the opposition but you see the last couple of games between us have been close competitive games,” he said.

Morris said the Shels players are “hungry and focused” heading into what could be described as the biggest Reds game in years.

“We’ve approached this game as we have every other game, nothing has changed, we’ll be looking for three points as we would every game,” he said.

Despite being one win away from the First Division title, Morris said they will “put that to the back of our minds.”

However, he believes “there is no grey area” around permutations for the league, knowing a win gives the Reds the all elusive promotion.

With a sold out United Park for Friday night’s game, the Shels head coach said he has enjoyed the wealth of knowledge being shared between experienced players and the younger ones.

“We’ve sat down a couple of times and it’s been great to have the input that we’ve had. The younger players are very lucky to have some of the characters and pros we have.

“It’s a great dressing room, but that doesn’t mean the younger players haven’t given great input themselves,” he added.

Morris says he is facing an “unbelievably good selection headache” with a near fully fit squad outside of long term absentees JR Wilson and Dan Byrne.