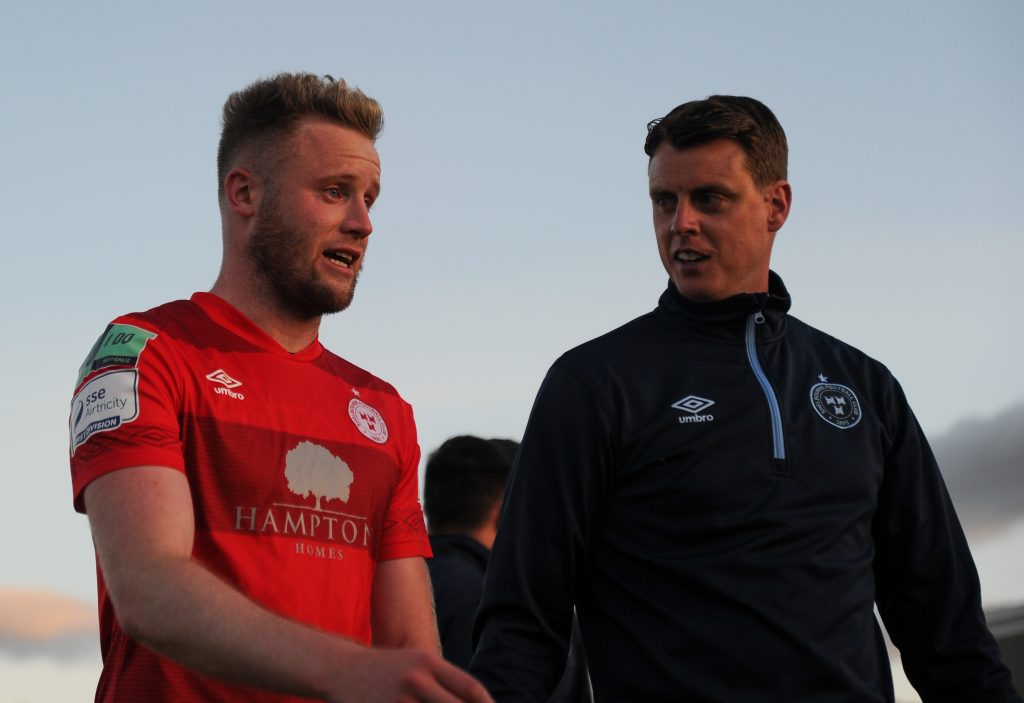 Shels boss Ian Morris said his side will “thrive” off the increased crowd tomorrow night as the Reds return to Tolka Park for the visit of Wexford FC.

Shels return after a two week break and Morris said his side is “chomping at the bit” to get going again with just seven games to go in the season.

“We’ve used the break to our advantage getting everyone fit again after three weeks or so with the Covid situation.

Shels are welcoming an increased capacity to the ground on Friday night for the SSE Airtricity League First Division clash and Morris said the players feed off it.

“You can feel it in the different levels each week. First starting with the 100 and now increasing to more. It gives the players such confidence so I’d urge everyone to really get behind these players tomorrow,” he said.

Morris said he has been impressed by Wexford in recent weeks and said he expects to face a side with “nothing to fear.”

“We’re in good shape and have the positive of being able to choose match winners from the bench as well as the starting team so we’ll need everyone for the  run-in,” he said.

Midfielder Gerardo Bruna has been back running and doing some pitch work, which Morris said has been “amazing to see” and has been good for the dressing room.

Bruna will continue to miss out though, as will Denzil Fernandes and JJ Lunney, who has made good progress since his injury against Galway United.

Shels have no suspensions to face going into the game.

Tickets are available now at shelbournefc.ie while all members will be able to gain access with their season tickets.