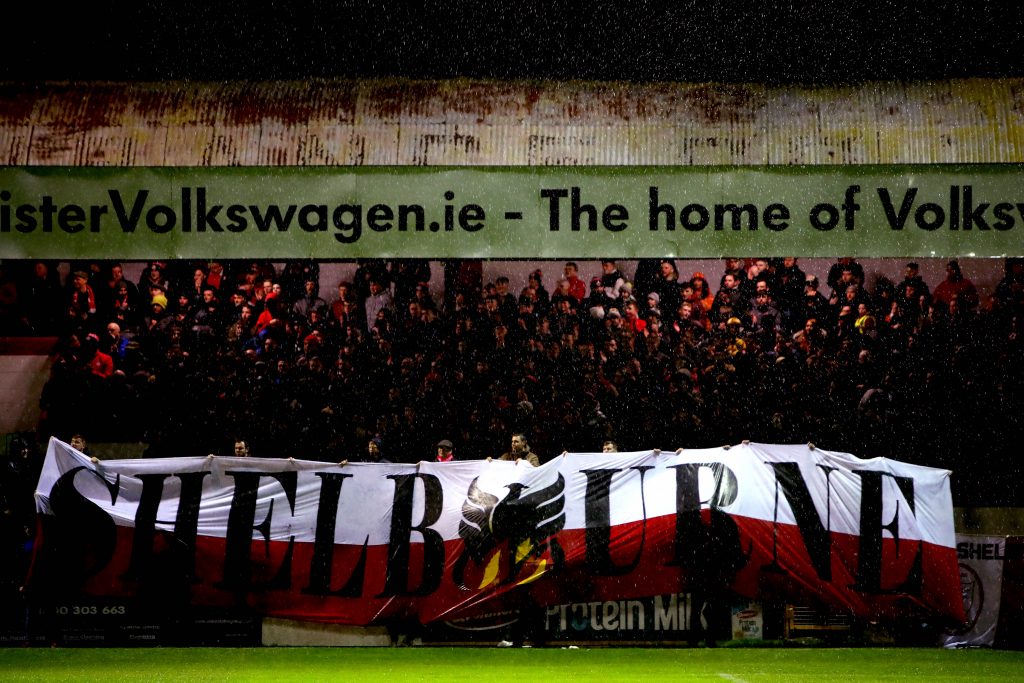 Shelbourne faced Longford Town on Sunday in the relegation/promotion playoff.

It was effectively a cup final which many Shels fans would have loved the sound of if it wasn’t for a place in the Premier Division next season.

Longford would have been licking their lips when they seen they’d play Shels as the reds looked low on confidence and very tired from the drawn out season.

Shels fans gathered adhering to social distancing regulations on Saturday afternoon to show solidarity with the players and staff before the vital clash on Sunday.

Shels were dealt a huge blow when Luke Byrne was sent off and gave away a penalty that Rob Manley skied over Brady’s goal.

Shels were very lucky to go into the break 0-0 after Longford were the better and hungrier of the two sides and Shels needed a huge second half.

Shels fell behind in the 54th minute after Rob Manley found some space in the box and his deflected shot had enough to get by Jack Brady.

Shels were nearly two behind after a scrappy piece of defending seen the ball drop to a Longford player who was blown offside as he turned the ball home.

Defeat for shels in Richmond Park means Shels are relegated to the First Division after promotion last season.