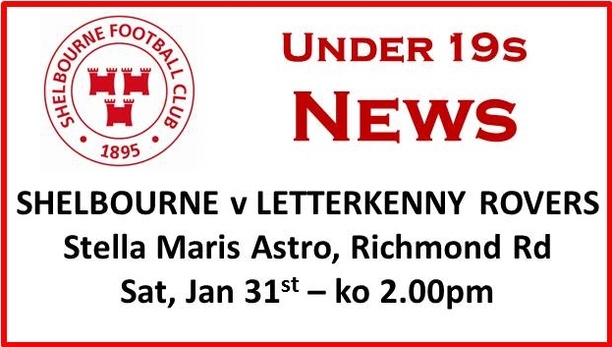 It’s a busy weekend for the club with the 1st team away to Sligo Rovers in the first pre-season game under new boss Kevin.

The 19’s are on Home territory against Letterkenny Rovers on Saturday, with 2pm Ko in Stella Maris’s ground.

Murray’s crew brought a deserving three points back from Finn Harps last Saturday, while Letterkenny suffered a 3-2 defeat away to Longford and unfortunately finished the game with nine players.

The 19’s also had a 3-2 win over the Leinster FA on Wednesday evening. The New group have hit the ground running and only Eoghan Dempsey – with long term injury – is missing. Conor Keeley and Andrew Ward are back in contention this week.

Martin has also confirmed he will be in a position to announce two new signings in the next twenty four hours, to bring his squad back up to full compliment.