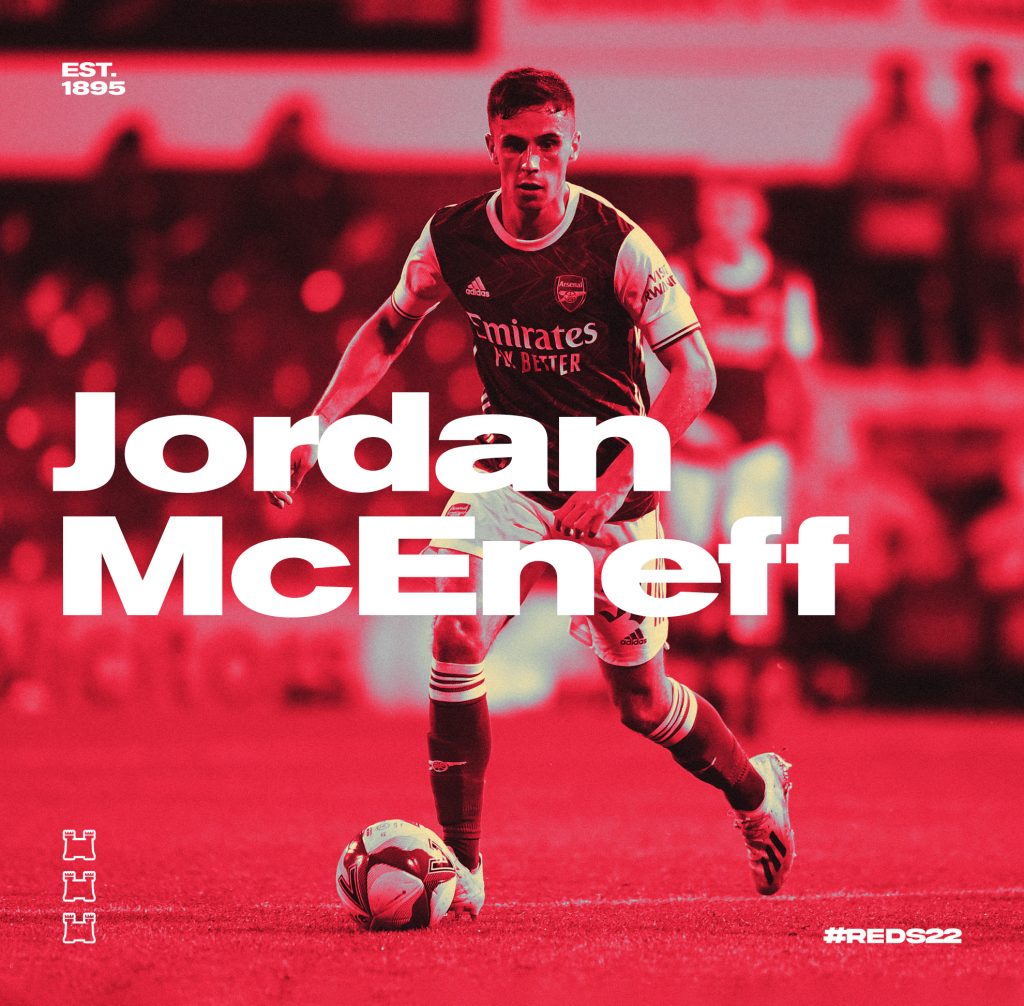 Shelbourne FC is delighted to announce the signing of midfielder Jordan McEneff on loan from Arsenal FC.

The Republic of Ireland underage international, born in Derry, has progressed up the Arsenal FC Academy to sign his first professional contract in 2018 with the London Club.

The 20-year-old extended his contract with The Gunners last year having been a regular in their U23 side before an injury forced him out of action until the start of this year and has since returned to action.

A central-midfielder, Jordan also has played in an advanced midfield position and has also represented the Republic of Ireland at U17 level.

Jordan joins the Shelbourne squad ahead of our final pre-season game away to Cork City in Turners Cross in February.

Shelbourne FC Men’s First Team Head Coach Damien Duff said: “Jordan is a brilliant, exciting signing and also the last player that will arrive in this window. It is a brand new squad that is hungry and desperate to succeed and the players will be brilliant for Jordan. He has amazing quality but has had a difficult time with injuries. We aim to get him fit, keep him fit and get him back to his very best.”

Speaking on his announcement, Jordan told shelbournefc.ie: “When Damien rang me it was very exciting and he understands how it is in England for me. The squad seems very exciting and the set up is very attractive. I know how good the league is and with the Club promoted recently it is going in the right direction. Most teams in the league will be really competitive and I’m looking forward to playing first team football with excellent coaching staff around the Club.”