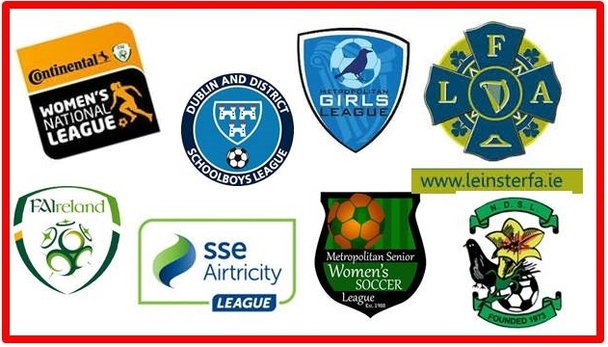 OnOct 10, Shelbourne Ladies FC will play their first match in the Women’s National League. On Aug 9 last, our U17 men’s team drew with Bohemians in their first ever match in the newSSE Airtricity U17 National League. These matches mark a significant development in the 120-year history of Shelbourne FC as we become the only club in the country to have a complete “pathway” for both boys and girls from when they begin playing organised football all the way to the highest levels of senior football in Ireland.

Shelbourne FC has long been one of the most recognisable names in Irish football due to the history of our senior men’s team, which was formed in 1895. Down the years, that team has seen considerable success – including 13 League of Ireland titles – and the development of players such as current international Wes Hoolahan and Tony Dunne, who won the European Cup with Manchester Utd in 1967.

A plaque will be unveiledthis Friday(Sep 4th) at3pmon Slattery’s Pub in Ringsend to mark the location where a meeting was held in 1895 which culminated in the formation of Shelbourne Football Club.

Shelboure FC Club Chairman, Joe Casey: “Everyone at the club is very proud to see Shelbourne FC teams competing at the highest level for boys, girls, men and women across all ages. This club has a long and successful history in men’s senior football and the future is about building on that history with an Academy-based approach that reflects the modern game.”

and from Fran Gavin of the FAI “The unveiling of the plaque to commemorate the meeting which formed Shelbourne FC 120 years ago is fitting in the same year the club takes centre stage in the Continental Tyres Women’s National League. Shelbourne have been proud representatives of Irish football both domestically and internationally and have produced many top class players over the years. The club can now develop both boys and girls from academy to senior level for International teams in the future.

The future looks bright for the club as it can now compete in the top level of both the mens and the women’s game for the foreseeable future.