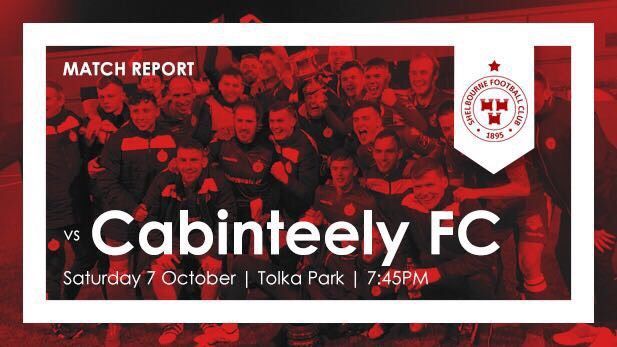 Goals from James English and a double from Adam Evans were enough to secure all three point and a 4th place finish in the table, leapfrogging tonights opponents in the process with Jason Byrne notching right on the final whistle.

Shels started the brighter with talismanic striker James English finding himself through on goal after just five minutes. A delightful clipped ball over the top set him free but keeper Michael Kelly stood tall to save the low drive with his feet.

The bruising encounter continued with both teams having chances, Ryan Swan and Jack Watson tried their luck just before English put the hosts ahead. David O’Leary, playing further forward in this game, made an outstanding block on the edge of the “Cabo” box and the ball rebounded to the unmarked English. The midweek scorer showed good strength to hold off Kelly and volley home.

The visitors started the second half on the front foot with Conor Early’s left foot volley narrowly missing the top corner. As the second half wore on Cabinteely pressed and pressed. The away supporters thought they had equalised when Joe Doyle had Dean Delaney scrambling all ends up, managing to work himself a yard of space in the crowded box only to miss the far post by inches.

Shels midweek cup hero Adam Evans made it 2-0 to the home side against the run of play in the second half. A long punt from Delaney was flicked on by English and the left winger gambled, racing though to calmly slot past Kelly.

Player of the Season Delaney was forced into two outstanding saves, first to deny Keeley from point blank range and then to get his finger tips to Watson’s low drive from the edge of the box as the visitors continued to press. Evans got his second of the game to make make sure of all three points with a calm one on one finish right before the legend Byrne got a consolation right before the final whistle.

Match report with thanks to www.sseairtricityleague.ie