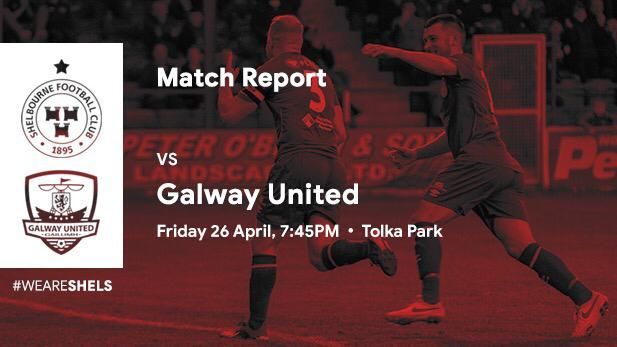 Shels picked up another three points at Tolka Park on Friday evening following a 3-0 win over nine-man Galway United.

The first half was a cagey affair with both sides struggling to create many clear cut chances. However, the second half was pulsating with Conor Barry almost giving Galway the lead three minutes in, only to be denied low by Colin McCabe. Shels punished them two minutes later when Ryan Brennan’s effort was blocked, only to get deflected back into his path. He made no mistake second time around, firing into the top corner from 18 yards.

Things went from bad to worse for Galway with three minutes of madness starting in the 63rd minute when Dara Costello saw a straight red for something he said to the referee. Just three minutes later and the visitors were down to nine men after Stephen Walsh, already on a yellow for petulantly slamming the ball to the ground, picked up his second booking following a late challenge on Aidan Friel.

That effectively ended the game but there was still time for Ciaran Kilduff to slot home Alex O’Hanlon’s through ball five minutes from time, before Oscar Brennan found the bottom corner from 30 yards with the last kick of the game.