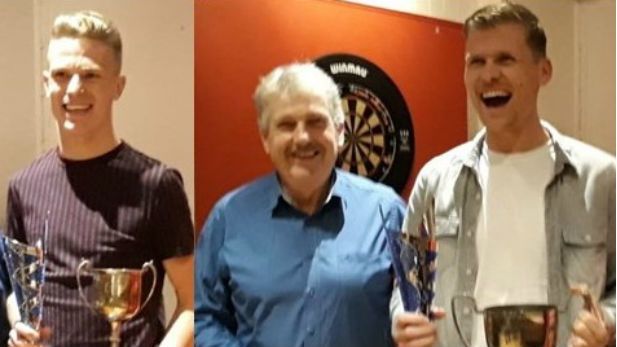 James English was the clear winner of the SSDG Supporters’ Player of the Year – his name now being inscribed on the trophy – added to those of Dean Delany, Jack Brady, Dyland McGlade, Dylan Connolly, Darren Kelly, Kevin Dawson, David Cassidy (twice), Dave McAllister, Mark Rutherford, Alan Murphy and Ollie Cahill, who have all been recipients since the award was introduced for the 2006 Season. We would like to thank everyone who voted.

The picture shows James and Derek receiving their trophies from Paul Byrne, Chairman of the Shelbourne Supporters Development Group (SSDG)