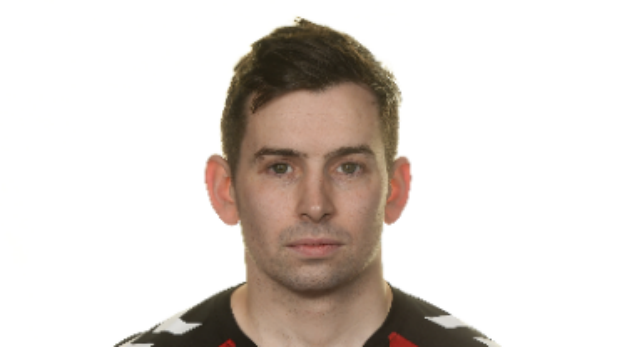 He had re-joined Bohemians at the start of the season, having left Bray Wanderers. Karl had appeared in 11 league games during this season for the Dalymount club, up to the time he left.

A former St. Kevin&rsquo;s schoolboy player, Karl signed for UCD in the summer of 2010, returning home after four years at Manchester City. During his time at City, he made six first-team appearances for Millwall while on loan during the 2008/09 season. He made 10 league appearances for the &lsquo;Students&rsquo; before leaving them at the end of the season

He moved to Galway ahead of the 2011 season, but left the club in mid-season, having made 20 league appearances – to join up with Shamrock Rovers and Michael O&rsquo;Neill. Not having had much game-time with the Hoops (just three appearances), he left at the end of the season and joined Bohemians the following February.

He scored twice in 26 league appearances for the Gypsies in the 2012 season. He followed this up by making 29 appearances the following season. The 2014 season saw Karl re-sign for the Phibsborough club, then managed by Owen Heary, making 29 league appearances and scoring twice. In his fourth season with Bohs (2015), Karl made 21 appearances (one goal) as the side finished fifth in the league &ndash; just missing out on Europe.

In December 2015, Bray Wanderers announced that the wide-midfielder had signed for them. He went on to start in 31 league games for the &lsquo;Seagulls&rsquo; in 2016 and was retained by manager Harry Kenny for 2017, making 25 league appearances during the season.