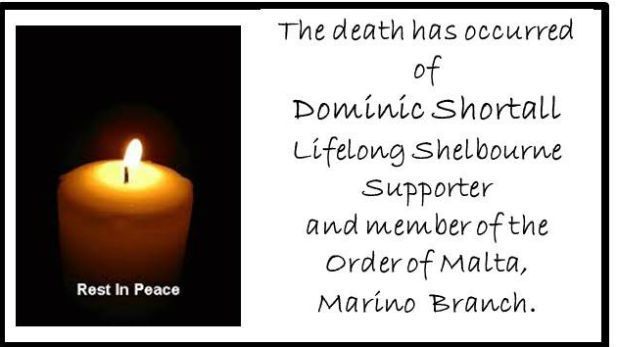 Shelbourne FC has learned of the death of Dominic Shortall, a lifetime supporter and past member of Order of Malta, Marino Unit that looks after the events at Tolka Park.

All at Tolka Park send their condolences to his family and friends. May He Rest In Peace

We reproduce hereunder, the notice of Domo&rsquo;s death and his funeral arrangements from RIP.ie