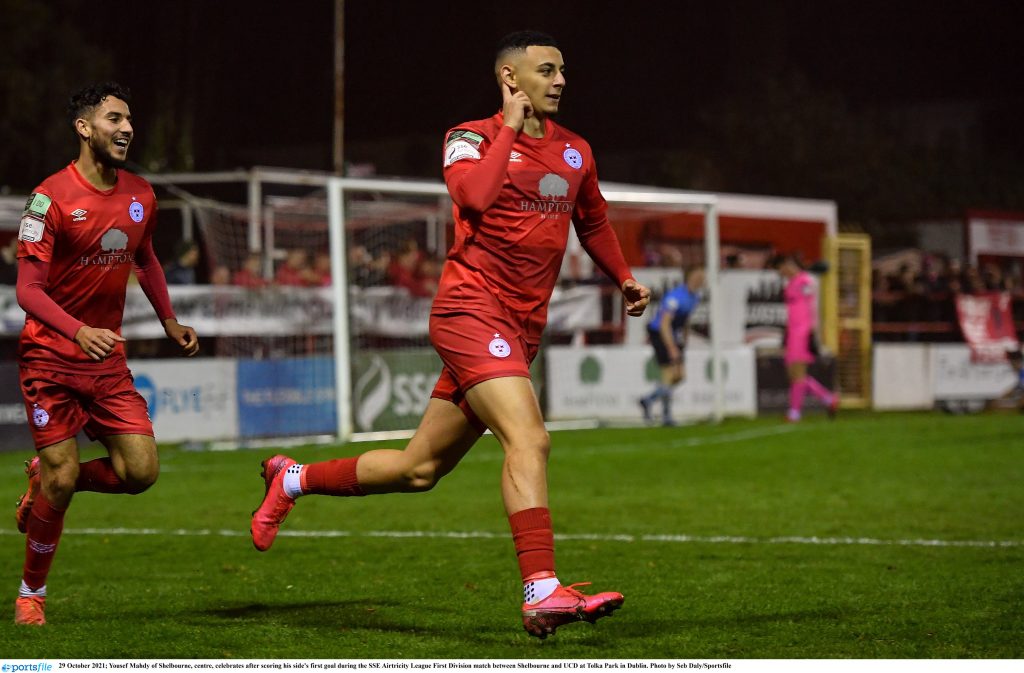 Shelbourne FC has confirmed forward Yoyo Mahdy’s second season with the Reds for 2022.

Yoyo played 16 times for Shels on the way to winning the SSE Airtricity League First Division scoring four times with crucial goals against Treaty United and Galway United on the way to the title.

A versatile attacker, Yoyo can play anywhere across the front with the 23-year-old already becoming a fan’s favourite at the Club.

Speaking on his re-signing, Shane told shelbournefc.ie: I’m delighted to be staying with Shels for the new season and be back where this club belongs. I’m really looking forward to working under the new management and have another successful season in red.”