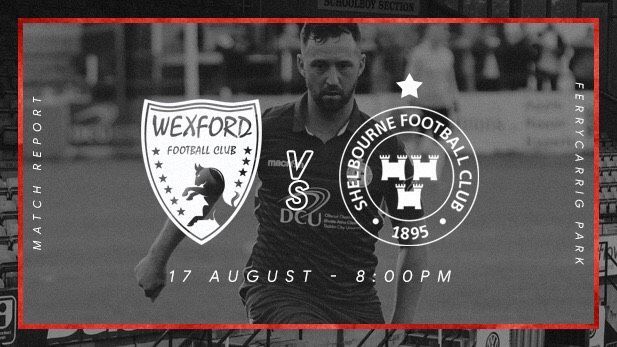 The visitors were up against it, trailing 1-0 at the break to an Aaron Dobbs strike, but they produced the goods after the interval to keep the momentum going with the playoffs fast approaching.

Dobbs grabbed the opener in the 39th mistake, pouncing on a defensive error to toe-poke the ball to an empty with goalkeeper Dean Delaney stranded. The hosts began the game brightly and Dobbs had a chance to fire them in front inside the opening five minutes.

Dean Walsh ran on to Danny Doyle’s cross from the right and got a good shot away and when his effort was parried by goalkeeper Delaney, Dobbs blazed over the crossbar. Shelbourne came desperately close to breaking the deadlock in the 18th minute when Davy O’Sullivan got on the end of a Lorcan Fitzgerald corner, but he saw his effort come back off the crossbar.

In the 35th minute, they again threatened from a corner, with Colum Feeney doing well to block Derek Prendergast’s header, from another Fitzgerald delivery. The visitors were back on level terms within eight minutes of the restart.

Karl Moore floated a delightful ball into the danger zone and Moorehouse glanced a header to the net They went for the jugular moments later, with Patrick Kavanagh sending in a teasing cross from the right, but Davy O’Sullivan fired an effort narrowly wide of the right post.

In the 62nd minute, it was Wexford’s turn to show attacking intent when Dean Walsh raced in on goal, but with defenders closing in he dragged his shot wide of the right post. Shelbourne completed the turnaround in the 70th minute, and it was that man Greg Moorehouse who again did the needful.

Patrick Kavanagh delivered a deep cross from the right wing which Adam Evans flicked back into the danger zone and Moorehouse applied a neat finish to fire the Dubliners in front.