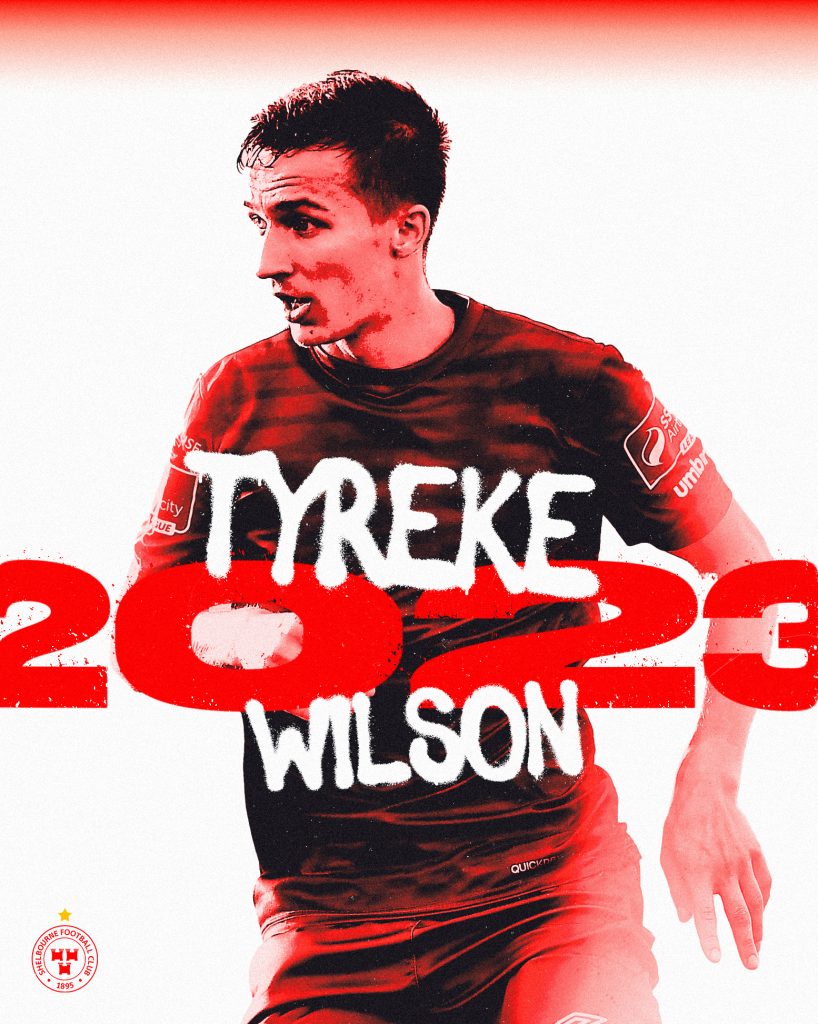 Shelbourne Football Club is delighted to announce the signing of Tyreke Wilson from Bohemian FC. The second new addition to the squad to be announced today, and the fourth overall following Luke Byrne and Mark Coyle’s announcements this morning.

The 23-year-old played for Cherry Orchard at schoolboy level before moving across the water to Manchester City. He returned to Ireland to sign for Waterford United ahead of the 2020 season before moving to Bohemian FC for the 2021 season.

Tyreke operates predominantly as a left back where he made 25 appearances last season. He is a set piece specialist having scored a number of eye-catching free kicks throughout his career.

The former Irish U-21 international joins the Reds at a promising time after the club, after consolidating our position in the Premier Division and reaching an FAI Cup Final.

The defender is the brother of current Red, JR Wilson with the pair now both part of Damien Duff’s plans for the 2023 season.

Damien Duff, Head Coach, Shelbourne FC said: “It is not very often that you get the chance to play top level football with your brother. It will be great for the Wilson family to see the boys line out together. On top of that, Tyreke is a very technically gifted footballer and just as important as that, he has an absolute edge to him that I love.”

Tyreke Wilson said: “I’m really excited to be joining Shels for the coming season. I want to play for this club. I see how much it means to the players, staff and fans. Shels are probably the hardest team to play against in the league, they have a clear identity of how they play with and without the ball, and that’s a big reason why I wanted to come here. I joined because I want to help the team push on again next season as I thought last year was successful for the club. We want to go further again, and speaking with the manager that’s his aim and I want to be part of it.

“I know I’m going into a tough environment where I’ll be pushed everyday and I haven’t always had that at times, and that’s what I need now so I can improve as a player. I’m very proud and honoured to be part of this club and I look forward to playing in Tolka in front of the fans.

“On a personal level I’m looking forward to lining out with my brother, JR. My family are from Ringsend so coming to Shels just feels right. It’s a proud day for me and the family are thrilled to see me where I belong.“