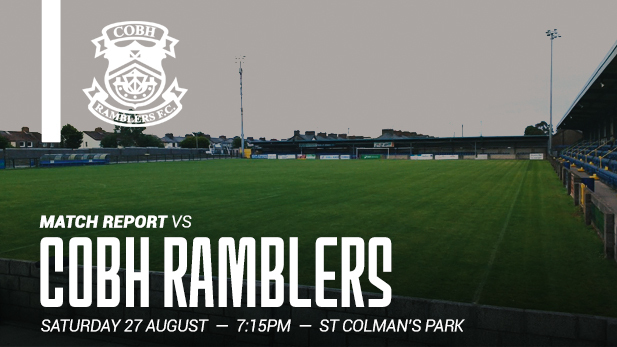 The Principal has sent out his Mid-term report on the U19’s season to date, and it says “You’ve done well – with room for improvement.”

Manager Martin Murrayhad to almost rebuild his squad from last season, with Ten players being promoted to the First Team, so he only had Eight players left, buthe promoted from within the club -signing Ten players from Derek Farrell’s U17’s and One from Martin Kinsella’s U16’s.

The Season didn’t kick off too well going down to Dundalk 2-1 at Tolka Park, but the lads got their season up and running with three wins on the trot -a 1-0 win away to Longford, an impressive 5-0 win at home to Finn Harps (achieved with only ten men, with Sean McGrane sent off after 10 minutes) and then the hat trick of wins was completed away to Letterkenny 2-0.

Unfortunately the other Co. Louth club, Drogheda United came to Tolka and went away with a 2-1 win, but once again Shels recovered and went on a four game unbeaten run – beating the then League Leaders Bohemians 3-1 with goals from Aaron Ashe, Stephen Confrey and Davy Pakenham,followed that up with a 2-2 draw with new league leaders Derry City, with goals from Aaron Ashe and Andy Gorman. This was a terrific entertaining game – a real compliment to the standard at this level. Martin’s crew nextheaded to the North West and came home with a very impressive 3-1 win over Sligo Rovers, withtwo goals from Skipper Aaron Robinson and the other from Ahu Obhakhan. Theythen got revenge over Dundalk, by going to Oriel Park and winning 2-1 with Ahu scoring again and Stephen Confrey adding the second.

Unfortunately the team came up short away to St Pat’s losing 3-1, down to some poor defensive errors. They finished the campaign strongly, with a scintillating performance at home to Longford Town 4-1, with Skipper Robinson scoring another brace and goals from Aaron Ashe and Ahu once again.

At this Stage Shelbourne sit Fourth on 22 points, a point behind Bohemian and St Pats, four points behind leaders Derry City, with games against each of the three coming up in the new year. This year the structure of theLeague is that the Top Four from each Division go into a Champions League knock-out, with the League Champions coming from this. Aaron Ashe is top of the goal scoring charts on Six Goals, one ahead of Aaron Robinson,with Ahu Obhakhan one further behind.

Once again the standard of player in Martin’s squad has been proved, with Kevin Doherty re-signing Ryan Robinson and both Darragh Gannon and Skipper Aaron Robinson joining him in the First team panel, and Kevin looking at several more players, so Murray is on the look out for additional players once again to add to his squad over the festival break. Martin is hoping several players are going to be rewarded with International/ Representative recognition in the New Year, with four in the final shout for selection.

Martin would like thank all at the club especially Joe Casey, Frank Young, Kevin Kelly, Eamonn White and Paul Fogarty,together withhis backroom staff Ger Ralph, Anthony Kennedy, Ciaran Bizzell, Mark Fraser, Gary Matthews O’Toole and Johnny Watson for all the great work and support to date, and Wish all a Happy Christmas and a successful 2015.

The squad is taking a couple of days off and then back on the 27th Dec, and have a Friendly lined up against U18 Schools International squad on Sat 3rd Jan in the UCD Bowl with provisional kick off at 11am.