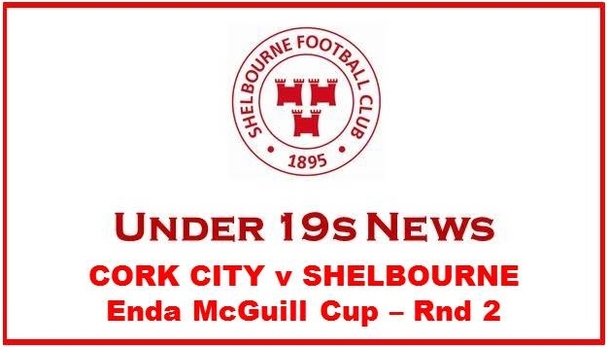 The Shelbourne FC 19’s are back on the road again this weekend with Martin Murray’screw heading to Cork to play City in the second round of the Enda McGill Cup in Bishopstown on Sunday.

After the disappointing way the Cup ended last season, Martin is eager to put another Cup run together and no harder way to start than our old friends but as the old saying goes “To win the cup you have got tobeat the big teams” – and the second round is as goodas any.

Shels gointo the gameon the back of a exhilarating performance last Saturday with a 4 – 1 win over Longford Town, while Cork suffered a 2-0 defeat to Rovers last Sunday in Bishopstown.

Martin has almost a full squad to pick from with Eoghan Dempsey, Stephen Confrey and David Pakenham returning from injury and with Luke Doylerecovering from illness, this leaves Andrew Ward out through foot injury.

This is the last game before the Christmas break and this young squad have kept up the high standards once again and are sitting nicely in fourth place in the Northern Divisiona point behind Bohs,two behind St Pats and four behind leaders Derry – but having to play all three in the New Year. Cork sit second in the Southern Division five points behind Waterford United.

This season the top four from each division go into a Champions league format at the end of their campaigns.

So here’s to a Happy Christmas and a successful ’15 from all.