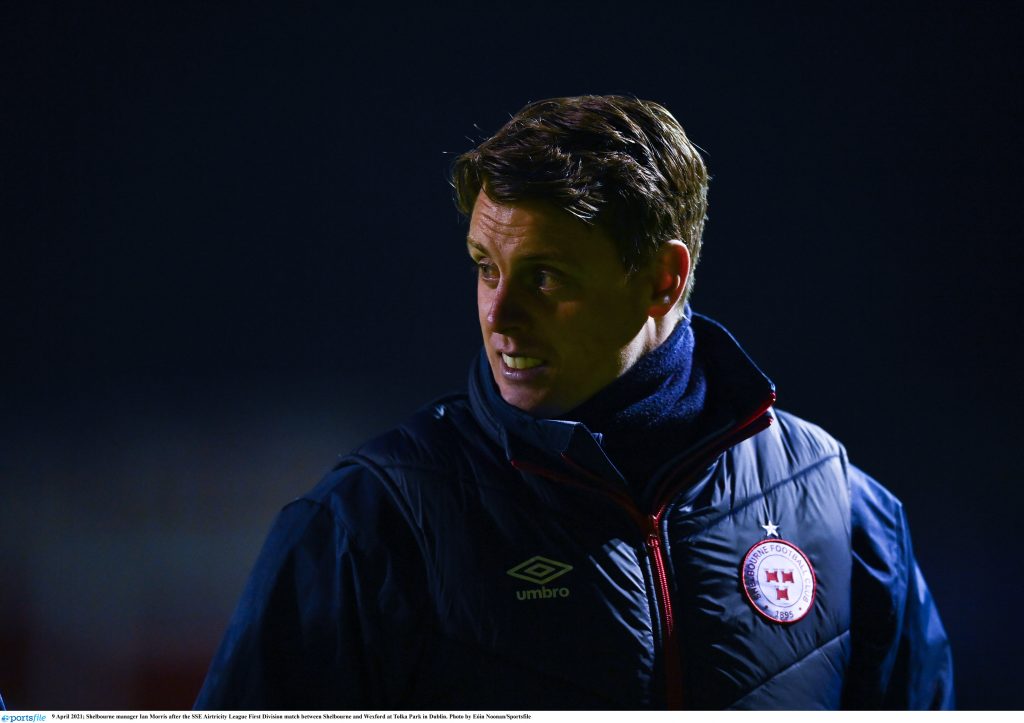 Shels boss Ian Morris says the “atmosphere is going to be electric” Friday night as Tolka Park welcomes back all season ticket holders into the ground.

The Reds face a crucial SSE Airtricity League First Division tie against Cobh Ramblers on Friday as they look to continue their impressive league form.

“The increased crowd will be fantastic for the players and we’ve spoken how it’s important they feed into that,” Morris said.

“If the crowd of only 100 were that loud, then this would be brilliant,” he added.

However, Morris knows there’s a tough clash ahead with recent managerial changes in the Cobh set up likely “bringing a buzz about their place.”

“You always need to be weary. They’ve a lot of new coaches and had a really good win in the cup so you have got to be prepared for that,” he added.

“The player’s effort and application will have to be top notch like it has been in the season so far and I’ve no doubt they’ll bring that again,” Morris told club media.

The Shelbourne Manager said other teams are “starting to come at us hard and fast” but that his Shels side will “look to out that flame out” as they come into a pivotal few weeks in the league campaign.

“You have to be prepared and keep plugging away. We’ve got the players and characters for the drive to come back from last week like we’ve shown all season,” he added.

Despite last week’s cup loss, Morris said the camp isn’t focused on that but look to ensure they will take our chances going forward.

Yoyo Mahdy resumed training this week and will have a late test to see if he will be in the match day squad Friday. New signing Eric Molloy will also be available for selection.

Shels have no suspensions for Friday’s game though, Jack Brady, Denzil Fernandes are doubts while Gerardo Bruna continues to miss out.