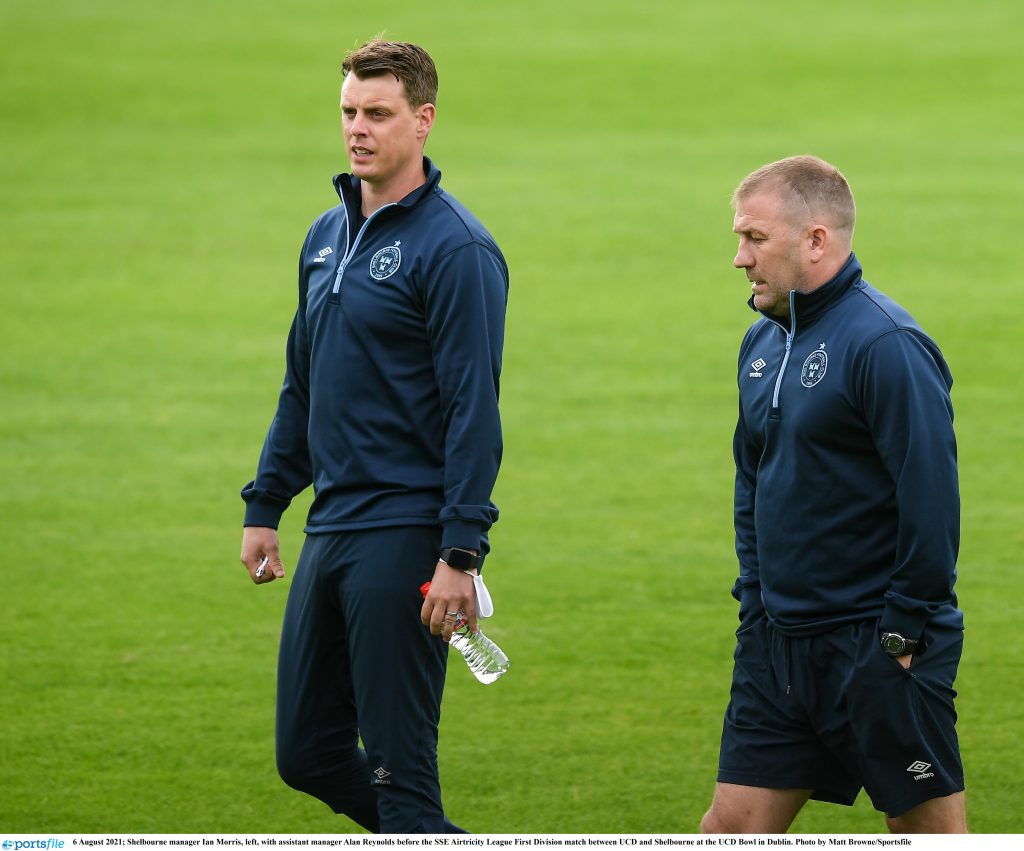 Shelbourne boss Ian Morris said his side’s focus and preparations remain the same ahead of a big night in Galway on Friday.

The Reds have welcomed back several players after absence last week and Morris said he faces the “biggest selection headache of the season so far” on Friday night.

Shels face Galway United in a top of the table clash in the SSE Airtricity League First Division as the league enters its final round of games.

“Everyone knows it’s a big game but we are preparing the same, keeping our routine going but I’ve been impressed by the intensity in training this week.

“It’s good to have bodies back and it’s been fantastic to see players working together well,” he said.

With striker Michael O’Connor absent through a one game suspension, Morris said an opportunity has arisen for those “knocking on the door.”

“There’s three or four there ready to come in who are ready to go and looking to impress as they have done recently,” he said.

Galway are a really tough strong side who put balls in the box and have some big boys up top so we will have to defend well,” he said.

“They’re strong at long throws, free kicks and have players who can play. No doubt they’ll be wanting to put last week right,” Morris added.

The Shels Manager said he is delighted to hear there will be a travelling Shels fanbase to Eamon Deacy Park on Friday, and said they have been “crucial” in away games in recent weeks in helping side push further on.