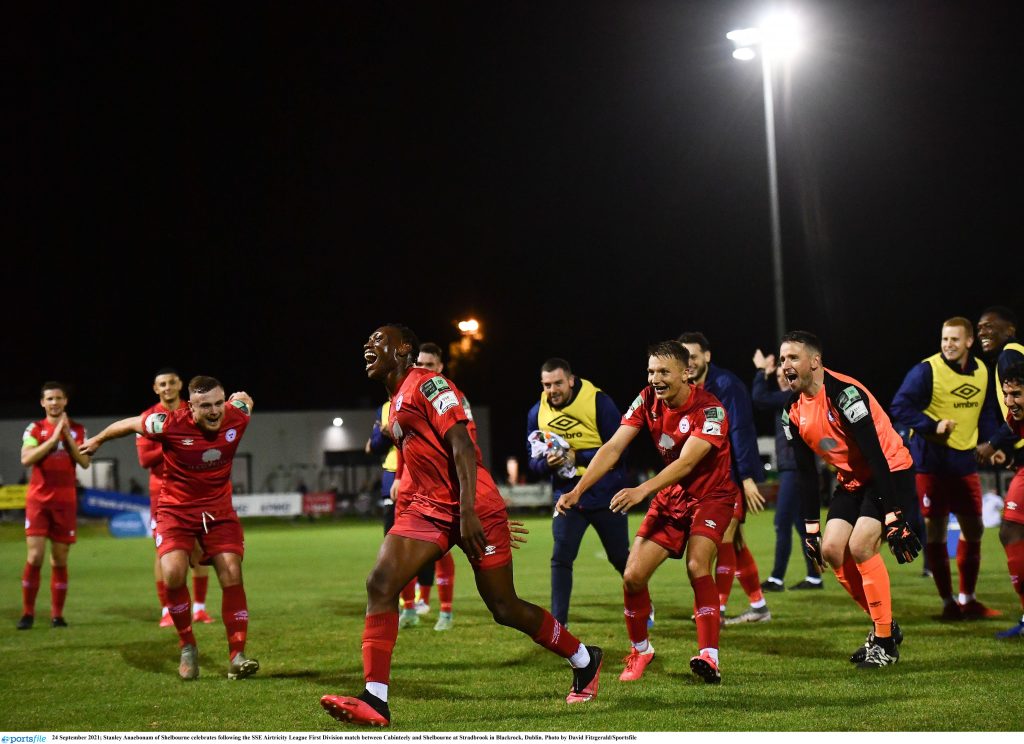 Shelbourne FC has today announced re-signing of Stanley Anaebonam to the Club for the 2022 season.

The 22-year-old winger came into the Shels squad towards the end of the 2021 season making an immediate impact on his debut against Cabinteely as the Reds looked to clinch the title.

Eligible to play for Norway through citizenship, Stanley had previously played in the UK with Solihull Moors.

Stanley is a quick, athletically strong winger known for his direct play and becomes the sixth re-signing of the 2022 Shels squad.

Speaking on his re-signing, Stanley told shelbournefc.ie: “I’m really excited to re-sign for Shels for next year. Having spoken to the management and enjoyed being in the Club so far, I know it’s a really big year ahead. I got a small taste of the fan base towards the end of the last season and really looking forward to getting pre-season underway for our return to the Premier Division”