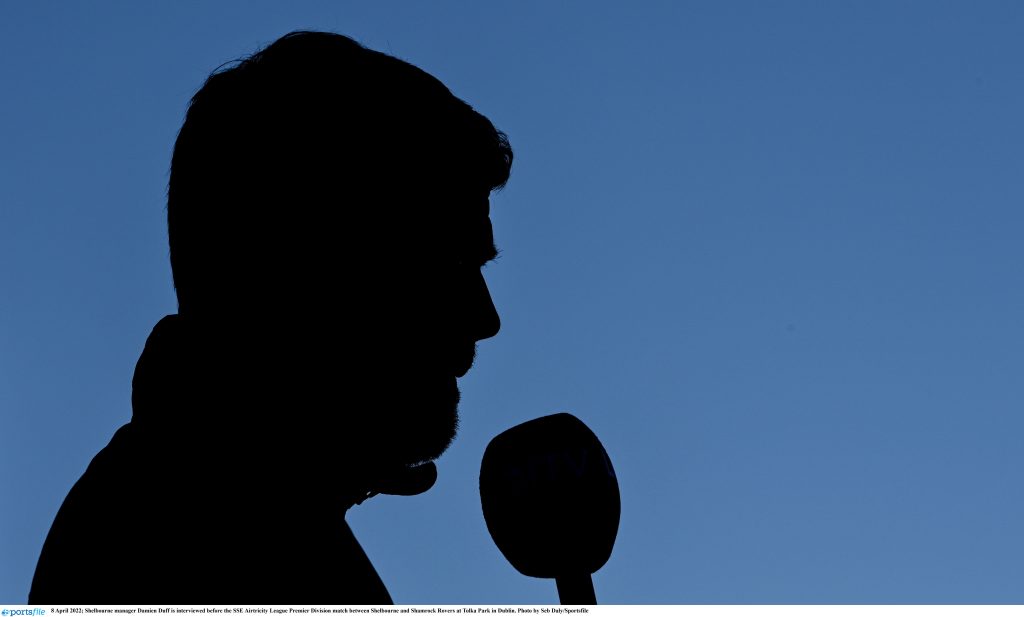 Shelbourne boss Damien Duff said he is pleased to have almost a full squad to choose from ahead of a “massive three days” for the Reds.

Up first, Shels face Derry City at the Ryan McBride Brandywell in the SSE Airtricity League on Friday night.

“It’s the first time we’ve had nearly everyone available for selection which is amazing really,” Duff said.

“We’re looking forward to seeing the fans up in Derry and in Tolka on Monday. We know we will need them at times but the onus is on the players to get the crowd going too,” he added.

Shelbourne welcomes back Jack Moylan, JJ Lunney and Brian McManus who are all available for selection once more.

The Reds will be without JR Wilson through suspension but Duff says competition for places is fierce.

“There’s an opportunity there for someone else to come in and impress. It’s quite a specific position which Conor and JR have obviously done well in but you seen last week with Ledwidge coming in and going well there when he moved into how players can adapt,” Duff told shelbournefc.ie.

Shels have trained on their Astro all week with Derry’s artificial pitch in mind and Duff says his players are well able for the different challenge.

“The one thing on which we pride ourselves is our fitness and that will enable to us to cover the extra miles on the bigger pitch so it will not be an issue,” he said.

Shels then welcome Bohemians to Tolka Park on Monday.