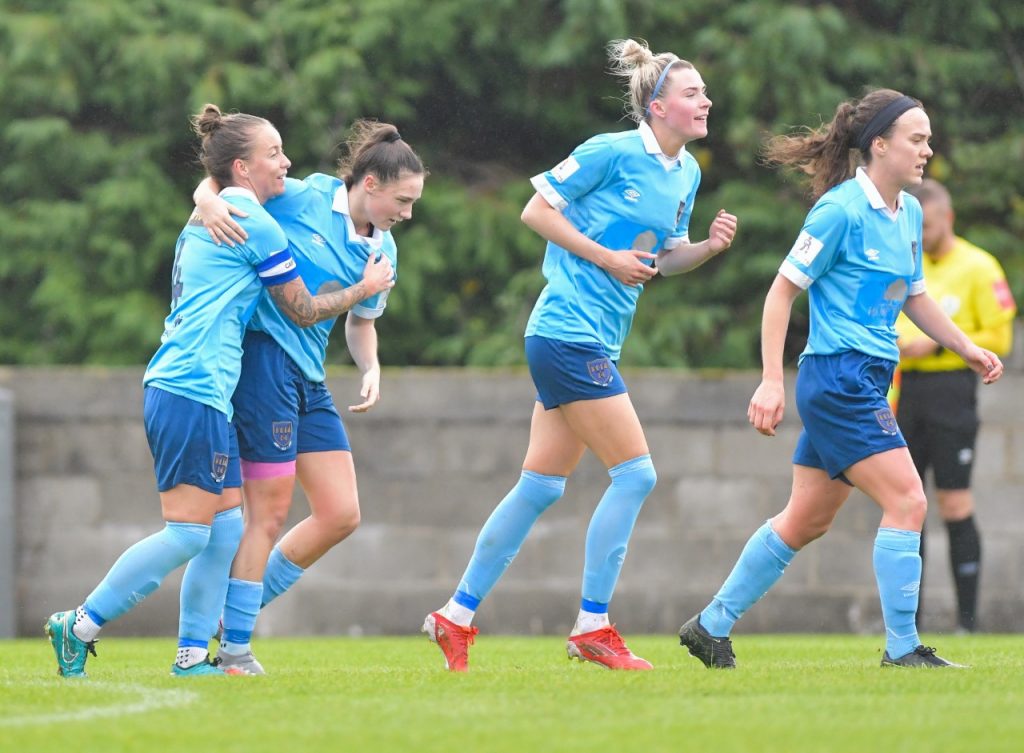 Shelbourne kept the pressure on the top of the Women’s National League table as they came out as 3-1 winners in a Dublin derby against Bohemians.

Jessica Ziu and Jessie Stapleton were both on the scoresheet as Noel King’s side took all three points at the Oscar Traynor centre.

Shelbourne looked sharper and fitter throughout the game as the hosts struggled to ever get a foothold across the 90 minutes. It was a dominant performance  from the first minute to the last from the Reds.

Chloe Mustaki started proceedings in Coolock heading off target from an early free kick. Her effort was judged offside by the linesmen in the end.

Moments before, Jessica Gargan had found joy down the right flank early on highlighting a point of weakness in the home-side.

Then in the 21st minute, Ziu had blitzed behind the defence on the right wing before poking the ball past Courtney Maguire to make it 1-0.

The goalscorer retained her threat in the second half as she once again got in behind but was unable to lift her chipped effort high enough to beat Maguire.

Soon after, Gargan, Ziu and Saoirse Noonan linked up well on the right wing. However, Noonan was unable to convert her shot at the end of the move.

Shels No.7 kept causing problems for the Bohemians left back and in the 58th, she was at the heart of her side’s second.

The dominance continued from the Drumcondra side as Noonan found the net. Despite being two goals down Bohs retained a tight line and ultimately the goal was disallowed for offside.

The weather then picked up with the wind giving Bohemians an advantage and Lisa Murphy took it with both hands scoring from within her own half.

The defender caught Amanda Budden off guard as her audacious long range effort  was carried across the pitch by the wind to make it 2-1.

The away side regained their two goal lead just minutes later when Ziu pounced on a goalkeeping error to score her second of the game.

The final moments of the game was more of the same as Shelbourne remained in control. In the end it was comfortable win away from home.