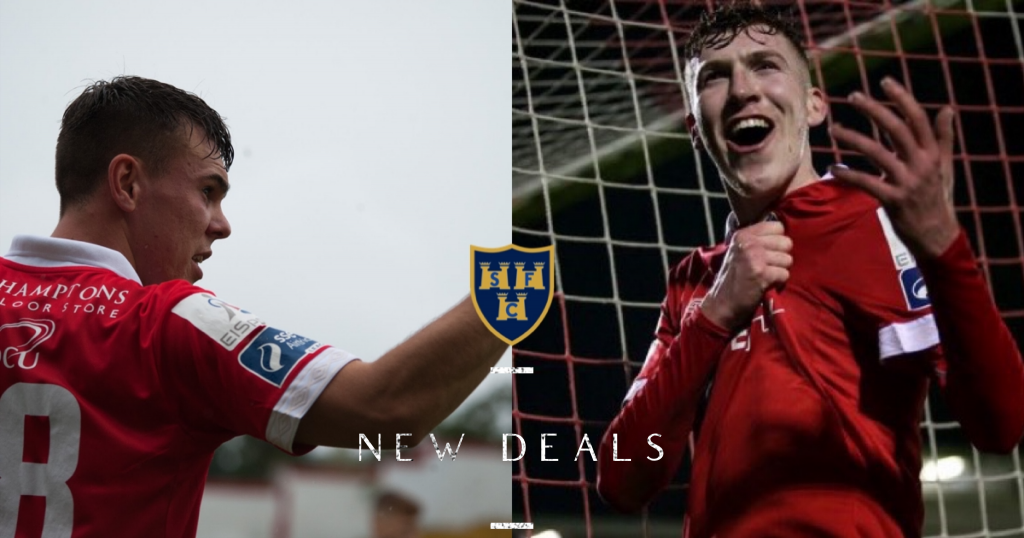 Shelbourne FC is delighted to confirm Dayle Rooney and Sean Quinn have both signed new contract extensions at the club until 2021.

Sean, at just 21, and Dayle, at 22, have both excelled in their youth development in recent seasons at the club and manager Ian Morris is delighted to nail them down for next season.

“I am delighted Dayle and Sean have committed for the 2021 season. You can see the maturity already in both of them on and off the pitch.

“They are young players that are constantly wanting to get better. I still believe there is more to come from Dayle and Sean,” he said.

Both players have made nine appearances so far this season with Dayle scoring three fine goals in his last two, with the last one against Cork City at the end of a move started by Quinn.

Rooney played for Shelbourne’s Under 19s for the 2015 and 2016 season and was promoted to the senior squad for the 2017 season.

Since signing for Shels in 2018, Quinn has quickly become another fan favourite suggesting a bright future for the midfielder under Ian Morris.