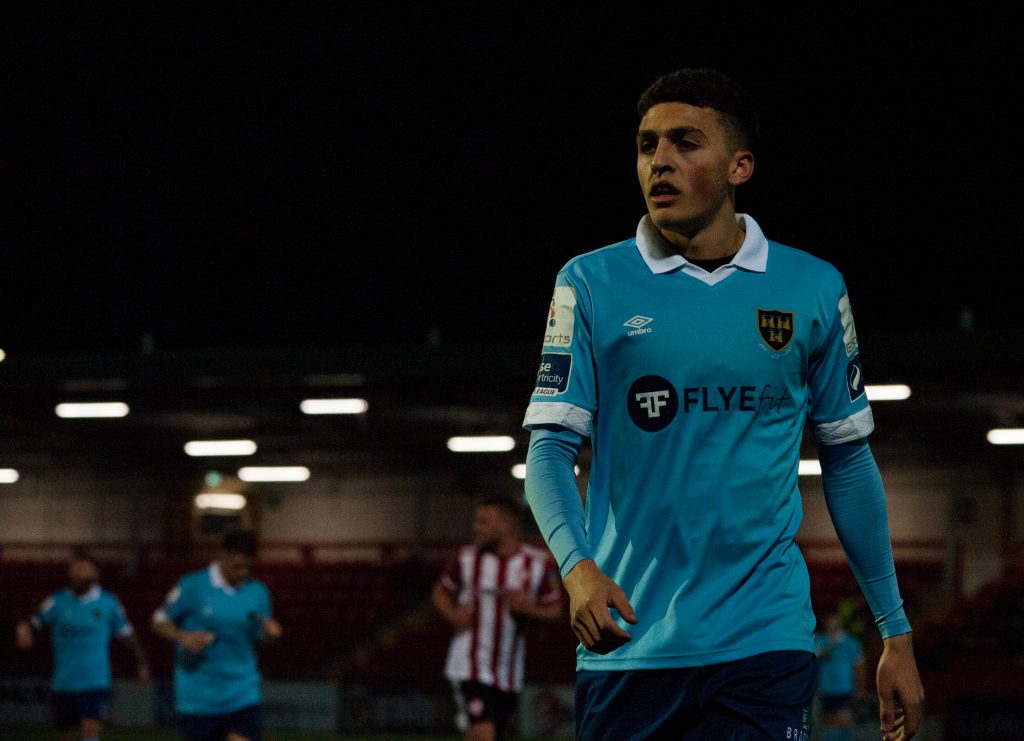 An inform Shelbourne travelled up north on Friday night to face an underperforming Derry City.

The Reds came in off the back of two impressive 1-0 wins, As for derry theyre out of practice after they had their game with Shamrock Rovers postponed due to an outbreak of Covid-19.

Ian Morris labelled the fixture re-arrangement as a peculiar one as it completely threw the weekly plan out the window.

Shels were without Luke Byrne who received a red card a week ago in Tolka Park and Georgie Poynton as they awaited a scan on a suspected thigh injury meaning that meant Daniel O’Reilly came into the squad after his impressive performance against Sligo and Aiden Friel replaced the injured Georgie Poynton.

Derry named three changes to their side that lost 2-1 to Dundalk with Cole, Harkin and Meite dropping out for Horgan, McCormack and Thomson.

Derry took the lead after Joe Thompson got onto the end of a loose ball and fired his half volley into the bottom corner and past Brady.

It was a bright start to the second half from Shels as they looked re-invigorated and re-energized after their half time team talk.

Derry should have doubled their lead after a great cross from Jack Malone found Mallin at the back post who managed to miss the goal from just 2 yards out.

Just three minutes later, Derry did double their lead after the ball ping ponged around the box hit off the post and fell to Figuera who will never have scored an easier goal in his career.

Shels couldve clawed one back with Jaze Kabia shooting from a tight angle but Pete Cherrie denied him with a smart save.

Derry almost made it three after Hamill yet again took a long range shot with superb technique but his effort rattled the post of Brady’s goal.

Shelbourne came close to a consolation goal after some nice interplay on the edge of the box saw Jaze Kabia hit a sweet effort towards Cherrie’s goal but saw his effort pushed over the bar.

Shels dropped into 7th and seen their European hopes just stray away minute by minute up north. It looks the Cup as Shels’ only way into the Europa League Qualifiers.

Next up for Shels is a Halloween special as Shels look to rid the ghosts of the FAI Cup Final in 2011 against Sligo when they face Athlone in the FAI Cup Quarter Final.