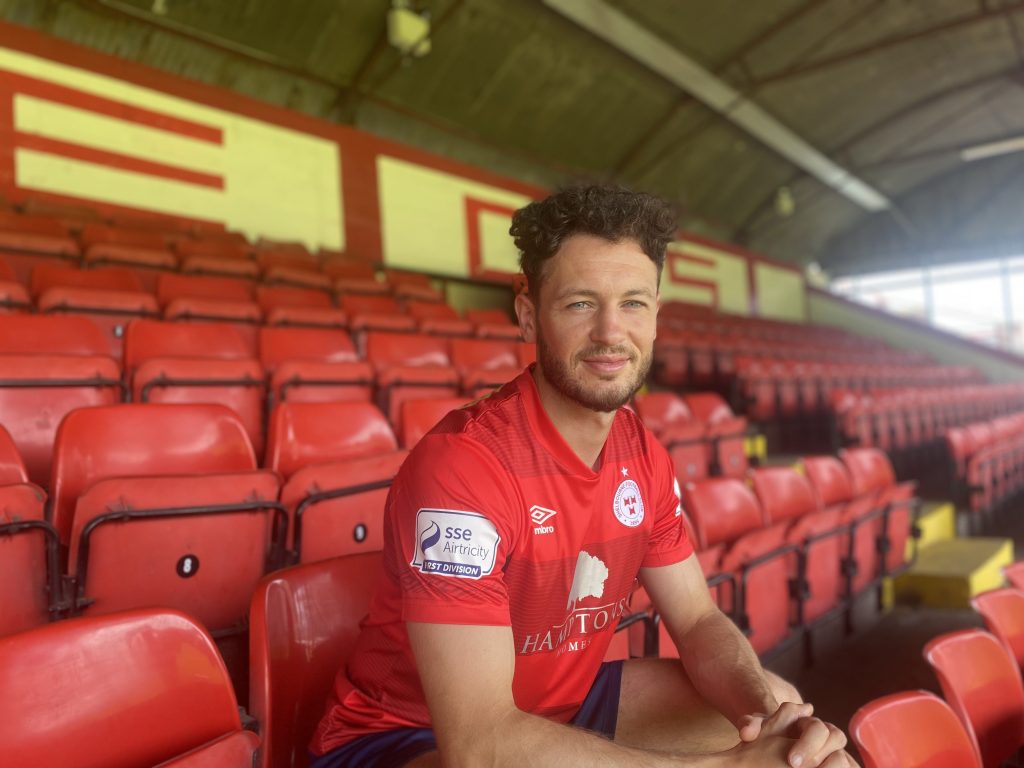 Shelbourne FC is delighted to announce the signing of winger Eric Molloy after his most recent spell with Waterford FC.

The 28-year-old joins the Reds after spells in Poland with Stomil Olsztyn and in New Zealand with Team Wellington and Southern United.

Molloy has impressed after time spent training with the Reds and will be available for selection for the remainder of the season.

Molloy said “it feels great” to join the Reds and he said “we’re coming up to the business end of the season now where every game means a lot so there’s a lot to look forward to.”

“There’s a lot of work to be done so if we continue what we’re doing, and maybe add to that, I think things could go well until the end of the season,” he said.

“Shels are a very big club with a lot of history. The club is doing really well and there’s a plan for the next few years with the Premier Division, where I feel Shels should be,” he added.

Shelbourne Manager Ian Morris said he was thrilled to have secured Eric’s signing.

“We had Eric in last summer and he got a fantastic offer from Poland at the time, but there was an opportunity to sign him so it’s great to have him.

“He’s a really fit lad who has been looking really well getting goals for Waterford so it’s a good addition,” he added.