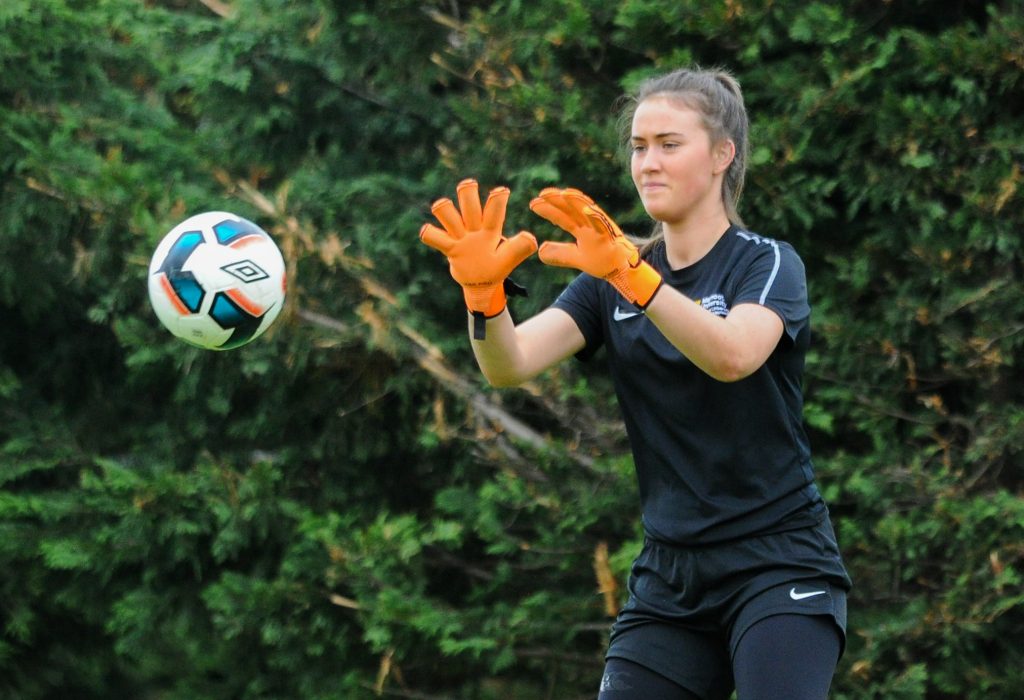 Shelbourne FC is delighted to announce the signing of goalkeeper Sophie Lenehan for 2021.

Sophie is a Republic of Ireland Under-17 and Under-19 international and originally hails from Ballindaggin and her first club at Ballindaggin United.

Having won an FAI Cup, two league cups with Wexford Youths, Lenehan brings a wealth of experience and success to Tolka Park.

Before setting into a career of trophies, Sophie had previously been with Shels U16s, a team she said was “full of stars” including Leanne Kiernan, Alex Kavanagh and several Shels players.

The keeper was previously with Sion Switfs and has also an impressive GAA football record with Wexford and club Clonee.

Having recently trained with the Reds, Sophie is also studying English and Geography at Maynooth University.

Speaking to Shelbournefc.ie, Sophie said: she is “excited to get the season started” and has “really enjoyed” joining the group and new manager Noel King.

“The team has great character and there’s definitely the potential for serious success here,” she said.