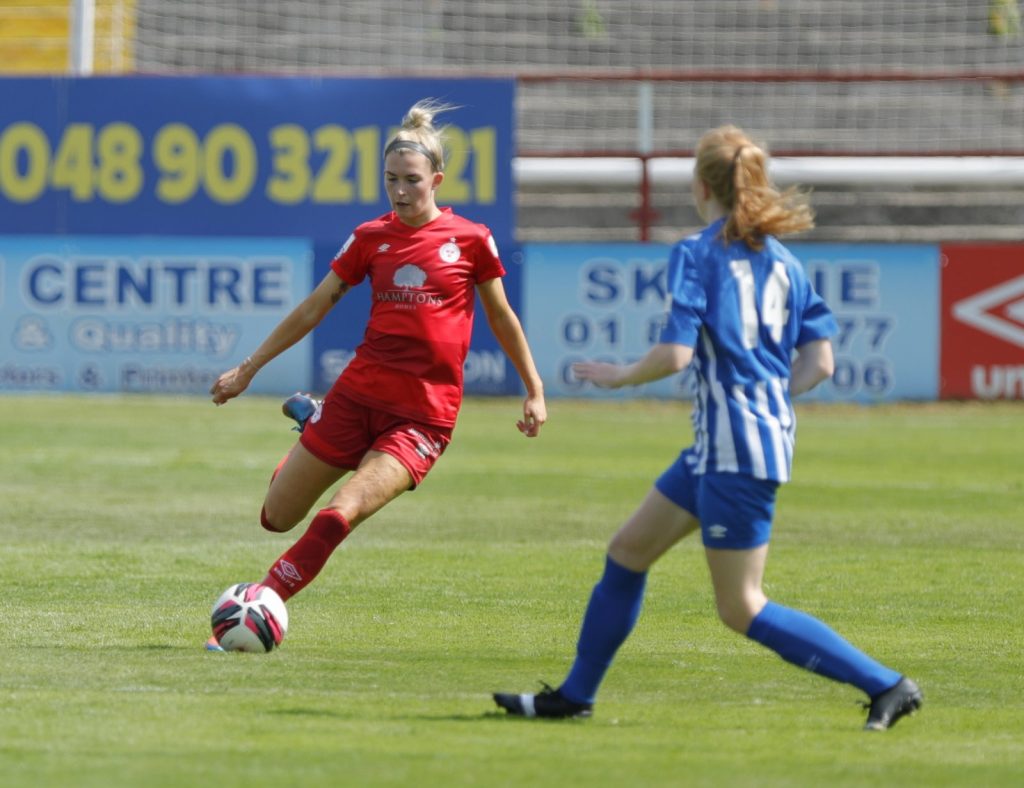 Shelbourne FC is delighted to confirm the signing of defender Shauna Fox from Galway WFC.

The central defender joins the Reds and made an appearance on Saturday against Treaty United as Shels look forward to an exciting run-in in the FAI Women’s National League and cup.

From Galway, Shauna has been with Galway WFC since they were set up in 2012.

Speaking to club media, Shauna said: “I chose Shels because I like their style of play and after training with the girls I felt like it was the place to be if I wanted to develop more as a player.

“it’s a team I want to be involved with and hopefully get some silverware with,” she added.

“So far it’s been a good test for me. I’m enjoying training, it’s competitive and there’s a really high tempo.

“The girls and staff have been really welcoming and im looking forward to playing with such quality players and getting to know them more,” she said.