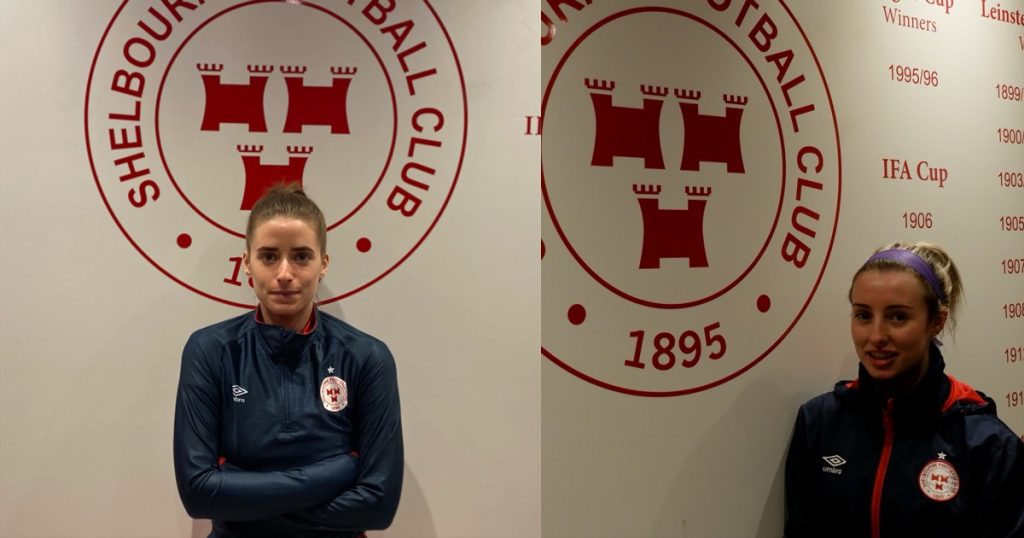 Shelbourne FC is delighted to announce the double signing of Chloe Mustaki and Rachel Baynes for the 2021 Women’s National League season.

Years later, Mustaki made the move to St. Joseph’s to play girl’s football. At the age of 16, Chloe had secured a move to Peamount United and had won the Women’s National League in 2011.

After playing with DLR Waves and reaching the FAI Cup Final through a football scholarship with UCD, Mustaki made the move to the reds for her first spell with the club.

After a season with Shels, Mustaki had made the move across the water to play for Charlton Athletic Women in the Championship.

During her time with Charlton, the Irish International made 8 appearances, 6 in the Women’s championship and 2 in the WSL Cup.

Chloe played in 18 UEFA international games at both U17 and U19 level. She also captained the Women’s U19s to the semi-final of the 2014 Euros in Norway.

Chloe Mustaki makes her return to the reds for the 2021 season and will be eager to bring silverware to the club.

Growing up, Rachel Baynes, a Newport native played for Castlebar Celtic from an early age

before being signed by Galway Women’s FC.

Rachel has played internationally for the Republic of Ireland at underage level. Most notably, The Irish Women’s U19 squad.

The young defender is an exciting footballer to watch and will hope to bring success to the reds for the season ahead.

Versatile, Rachel can play at either right-back or right-wing and is balancing football with college in NUI Galway.