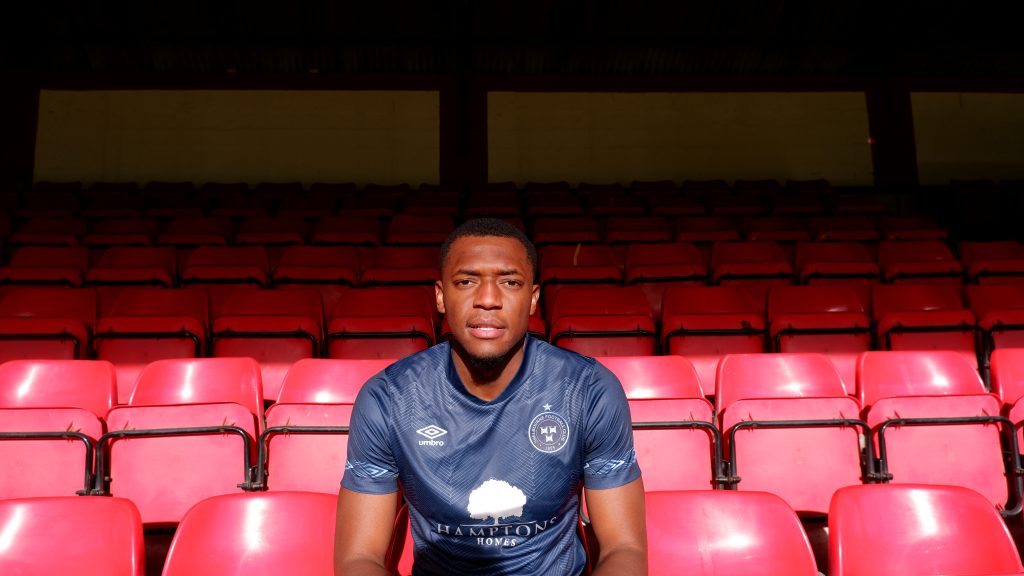 Shelbourne FC is delighted to announce the signing of defender Maxi Kouogun for 2021.

The powerful centre-back joins the club having spent almost four years with UCD, including representing the club in the Europa League in 2015.

Kouogun, 23, played his early football with Peamount United, Leixlip United and Cherry Orchard before joining UCD. He was named in the First Division Team of the Season in 2016 (scoring six goals).

Speaking to Shelbournefc.ie, Maxi said he is “thrilled to be at Tolka Park for the season ahead.”

“I’m looking forward to enjoying my football this season and have been in touch with Ian for a while now.

“I know a few of the lads here already and can’t wait to get going,” he said.

Shelbourne manager Ian Morris said: “Maxi is a big powerful defender. I met him a couple of times last year to try to get him in before he went to England.

“He will bring competition and balance to our options at the back. I’m delighted to finally have him in,” he added.