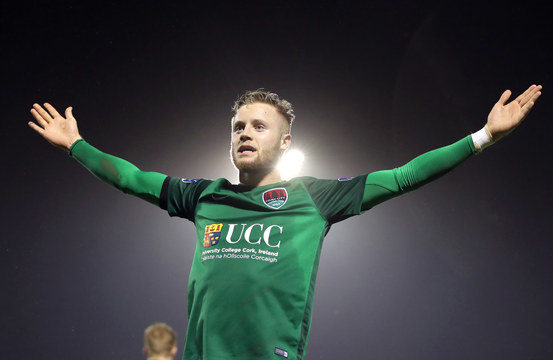 The Wexford man who can play at full-back or in midfield joins the Reds having played at U17 and U21 level for the Republic of Ireland.

O’Connor won the SSE Airtricity League Premier Division and FAI Cup double with Cork City in 2017 as well as the Cup in 2016 before securing a move to Preston North End in the English Championship.

At just 25, O’Connor is known for a superb left foot and boasts an already impressive career ahead of his move to Tolka Park for 2021 and speaking to shelbournefc.ie, he said he was very happy to be on board.

“I heard that Ian was interested and saw that a strong squad is being assembled at the club.

“Personally, speaking to him, everything was about winning and it’s going to be a tough year but that’s what we’ll aim to do,” he added.

“It’s never easy. I was in the First Division when I was younger when I was with Waterford but I’m looking forward to pushing for it now and hopefully we can have fans back.

“I’ve enjoyed unbelievable success but this is another chance and am looking forward to getting to the challenge,” he added.

Shels manager Ian Morris said he was thrilled to have Kevin on board for 2021.

“Kevin is a fantastic addition to our squad. He has a wand of a left peg, and his use of the ball is excellent,” he said.

“He is a great professional and I’ve no doubt he will be great around the place,” he added.