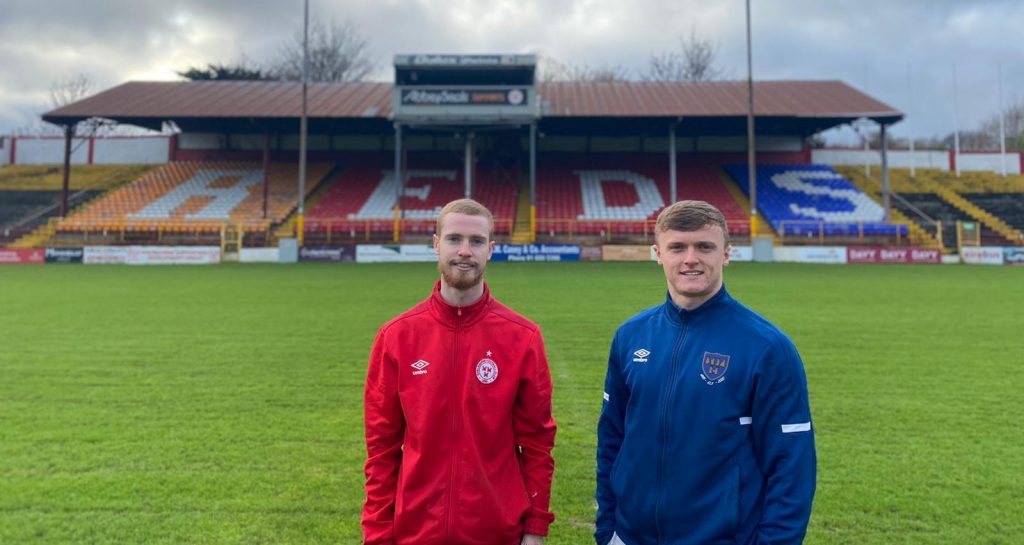 Shelbourne FC is thrilled to announce the signings of JJ Lunney and Glen McAuley after their spells with Bohemian FC.

Jonathan, better known as JJ, is a midfielder who has had spells with St Patrick’s Athletic, Waterford FC and Preston North End and arrives at Tolka Park after an impressive Premier Division season last year.

McAuley, meanwhile, is a forward with a brilliant reputation after spells at Liverpool, St Patrick’s Athletic and Bohs.

The Dubliner returned home in July 2019 after spending five years with Liverpool, where he was capped up to Ireland under-19 level.

After impressive spells at Pat’s and Bohs, manager Ian Morris is delighted to have both him and Glen in the squad for 2021.

JJ, said he was “delighted” to be on board and said “conversations with Ian have gone really well.”

“I enjoy playing in a possession based team and from speaking to Ian and Rennie this is something we’re looking to do.

“By no means will it be easy next year but the aim is to get the club back to where it belongs,” he added.

Lunney, from Swords, said he is “looking to enjoying his football again” at Tolka Park.

McAuley said he was enticed to the club following conversations with Ian Morris and Alan Reynolds.

“I’m delighted to be on board. Talking to the Ian and Rennie, I could see how they wanted to push the club forward and get it back to where it needs to be,” he said.

“I like to play up front and get a few goals. I was over at Liverpool for six years and after coming back to Ireland I’m looking forward to getting my love back for the game and show everyone what I can do,” he added.

Manager Ian Morris said: “JJ is a fantastic footballer. Comfortable in possession and will create chances. He has good experience and still only 22.

“Glen has bundles of ability with an eye for goal. Really exciting young player who needs games. We will give him a platform that will allow his ability to flourish,” he added.