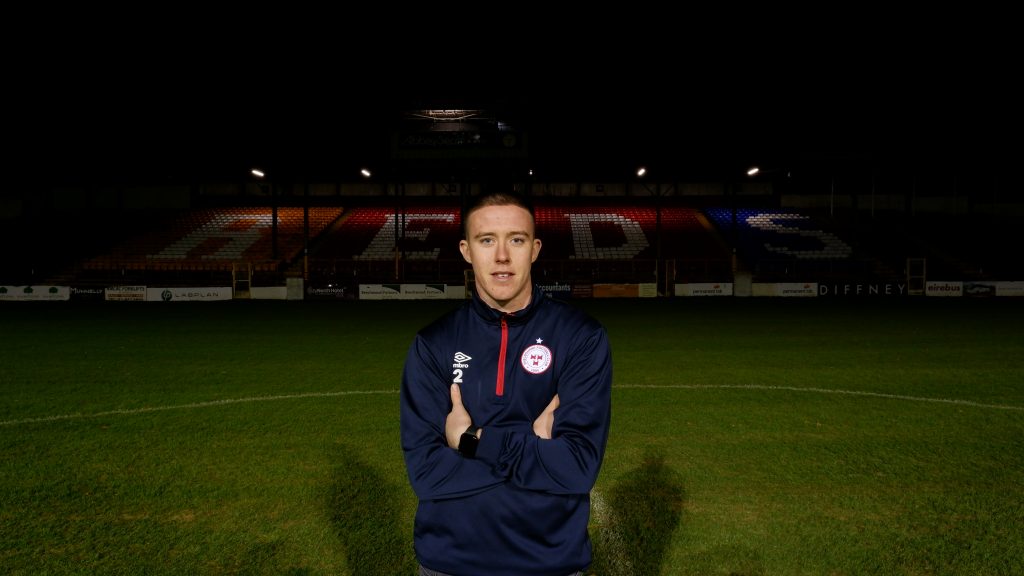 Shelbourne FC has today announced the signing of attacking midfielder Jack Moylan after his loan spell at Wexford FC from Bohemian FC.

The 20-year-old attacking midfielder impressed on his loan spell for Wexford last season scoring seven goals in 14 appearances from midfield.

Jack has been highly rated throughout his youth career and hails from Killbarrick in North Dublin.

Jack had also broken into the Bohemian FC first team playing in the SSE Airtricity League Premier Division campaign in 2021 too before his highly successful loan spell on the south-east.

Speaking on his announcement, Jack told shelbournefc.ie: It’s been a breath of fresh air since I’ve come in. Everyone has been brilliant with me and I want to hit the ground running. The management team are brilliant coaches and brilliant people which was a big thing for me. Deep down, I knew straight away I wanted to come. It’s a huge club with brilliant people involved so I’m delighted to be here.”

Damien Duff, Shelbourne FC Men’s First Team Head Coach said: “Jack is another great addition to the squad. He was the most exciting player in the First Division last season and we think we can take his game to another level. He is young, driven and has lots of quality – so he fits perfectly into the environment we are trying to create.”