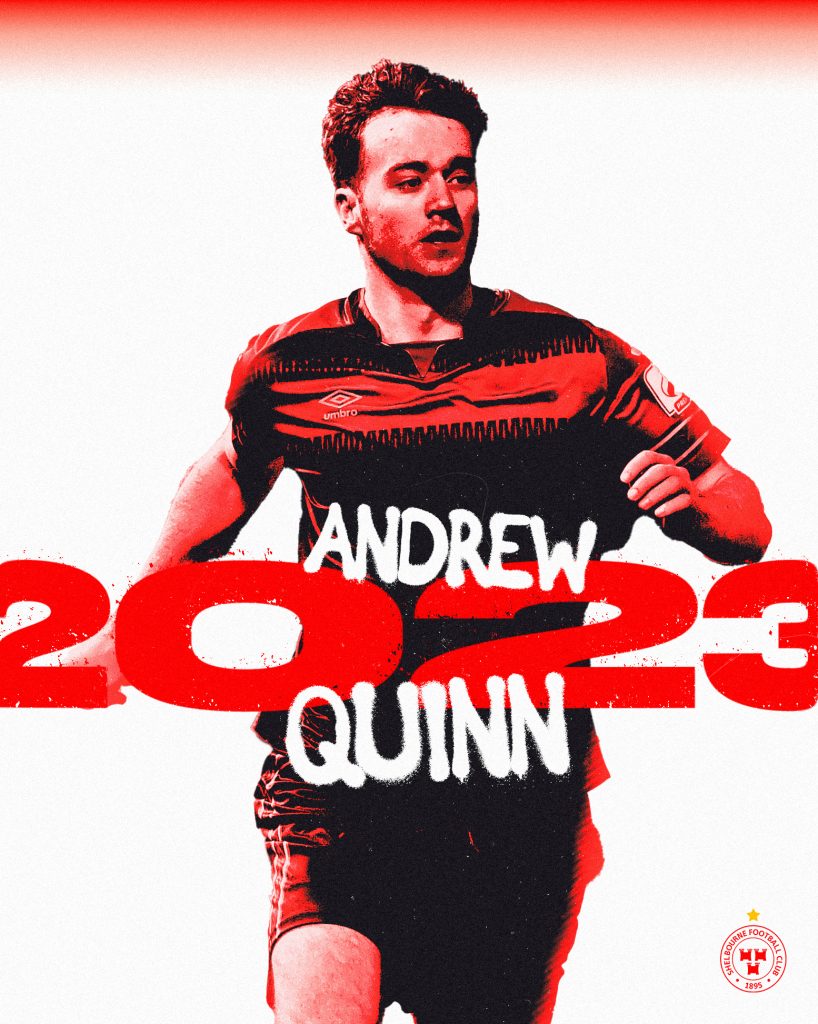 Shelbourne Football Club is pleased to confirm the signing of Andrew Quinn from Drogheda United.

The defender made 30 appearances for Kevin Doherty’s side in 2022, including 28 starts. The 20-year-old spent the 2021 season on loan at Bray Wanderers where he played 27 times for the Seagulls.

Quinn first made the breakthrough with Dundalk FC at underage level before making his SSE Airtricity League debut against Shamrock Rovers in September 2020.

A strong and imposing presence at the centre of defence, Quinn has represented the Republic of Ireland at underage level.

Damien Duff, Head Coach, Shelbourne FC said: “We are all very excited to get working with Andrew.

He is a young, very athletic and technical player who fits perfectly into how we want to play. He is coming off the back of a great season and I have no doubt he will continue to grow and improve.”

Andrew Quinn said: “I am very excited to be joining Shelbourne Football Club after the very successful year they had in 2022.

“It is a huge honour for me and my family to get the opportunity to play in Tolka Park.

“When I met with Damien and Joey, they explained their future plans for the club both on and off the pitch and I was easily convinced to join.

“Another big factor in my decision was that I am very much looking forward to working under two great former players who have massive experience at the highest level of football.

“I’m looking forward to working with the group and making the fans proud of our achievements on the pitch next season.”