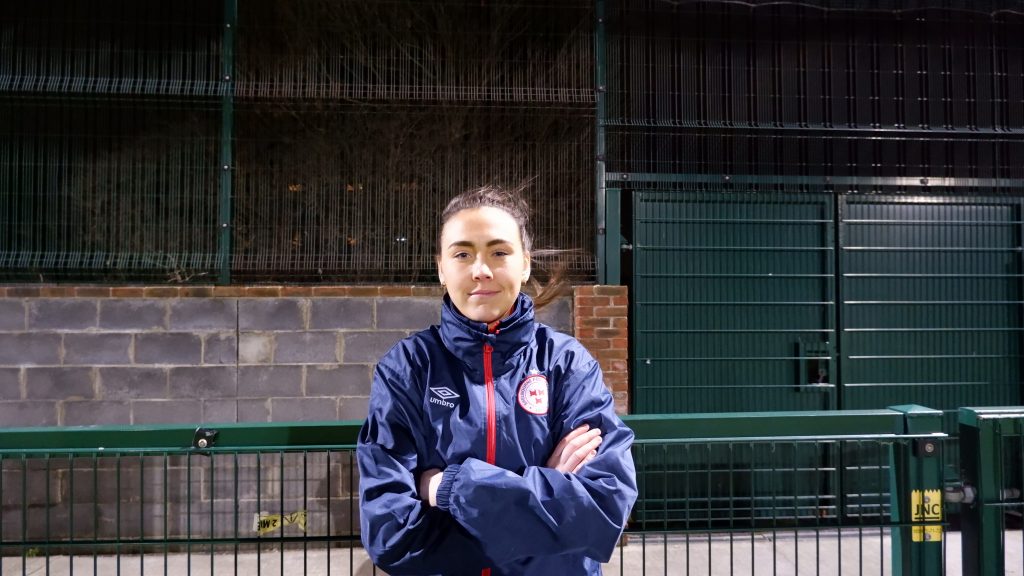 Budden is from Cork and began her soccer career with Wilton United. On 27 July 2008, she won the FAI Women’s Under-14 National Cup, playing (outfield) in the final against Longford Town.

She joined the newly-founded Cork City as one of the six teams that competed in the WNL’s inaugural 2011/12 season.

She transferred to Galway WFC ahead of the 2020 WNL season before her move to Tolka Park this year.

Speaking to Shelbournefc.ie, Amanda said she was “delighted to be at Tolka Park” for the season ahead.

“I spoke to Noel King and the ambition was there and I think this is the right place to help the team and also get in contention again for the Ireland team,” she said.

Rebecca Creagh returns to Tolka Park having a great history with the Reds already.

The attacker was with Shels from 2017 to 2020 before a brief stint at Bohemian’s women’s side and had originally been a part of the Raheny United set up.

Creagh boasts an impressive scoring record and said she is thrilled to be back and looking forward to getting back.

Creagh joined up with her Shels teammates on Wednesday night as we returned to pre-season training.