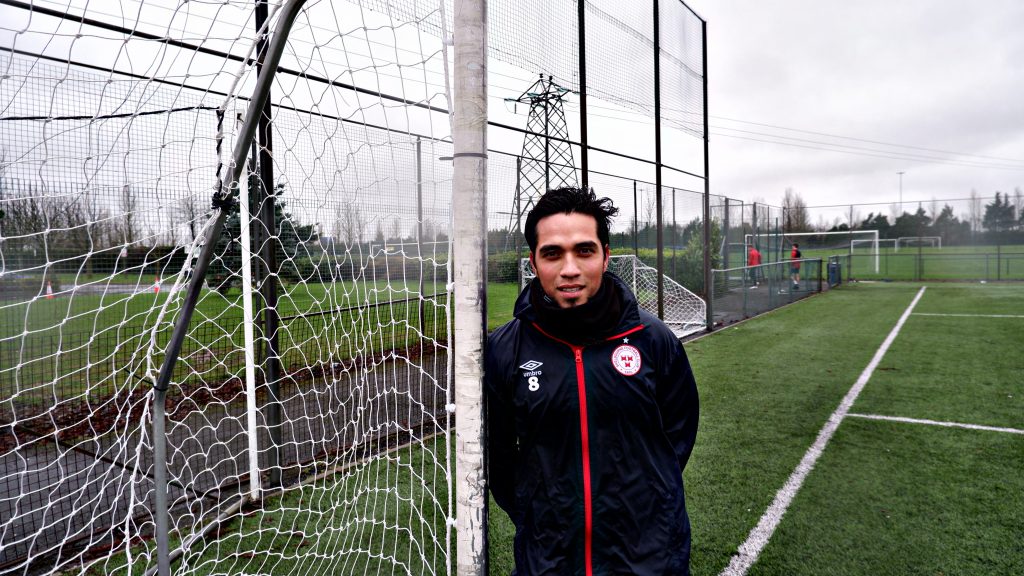 Shelbourne FC is thrilled to announce the signing of the Argentinian former Real Madrid and Liverpool midfielder Gerardo Bruna.

Bruna joins the Reds after two successful years with Derry City where he helped guide the Candystripes to European football in 2019.

The new Shels man has spent most of his career in England and Spain having been born in Argentina and raised in Spain.

Bruna first represented Spain at a youth international level, before switching to represent his native Argentina.

Counting Huesca and Accrington Stanley among his former clubs, Bruna spent some time with Ottawa Fury too.

Bruna said he is “very happy” to join Shels and make his move to Tolka Park from the Brandywell.

“Shelbourne is a massive club and I am excited to have a big year ahead,” he told this week’s edition of The 1895 Podcast.

“When I received the call, one of the first things I remembered was the Shels fans at the beginning of last year, and I thought, wow – they’ve got great fans.

“Ian Morris is a young fresh coach and modern with good ideas. He said he wanted to play attractive football and that was something that stuck with me,” the new Reds man said.

“That’s the type of football that I like so hopefully I can help put that into the pitch,” he added.

Shelbourne Manager said: “It’s great to finally have Gerardo over the line. He has a fantastic pedigree that will add experience and quality to the squad.

The competition for places is really strong all across the board.”