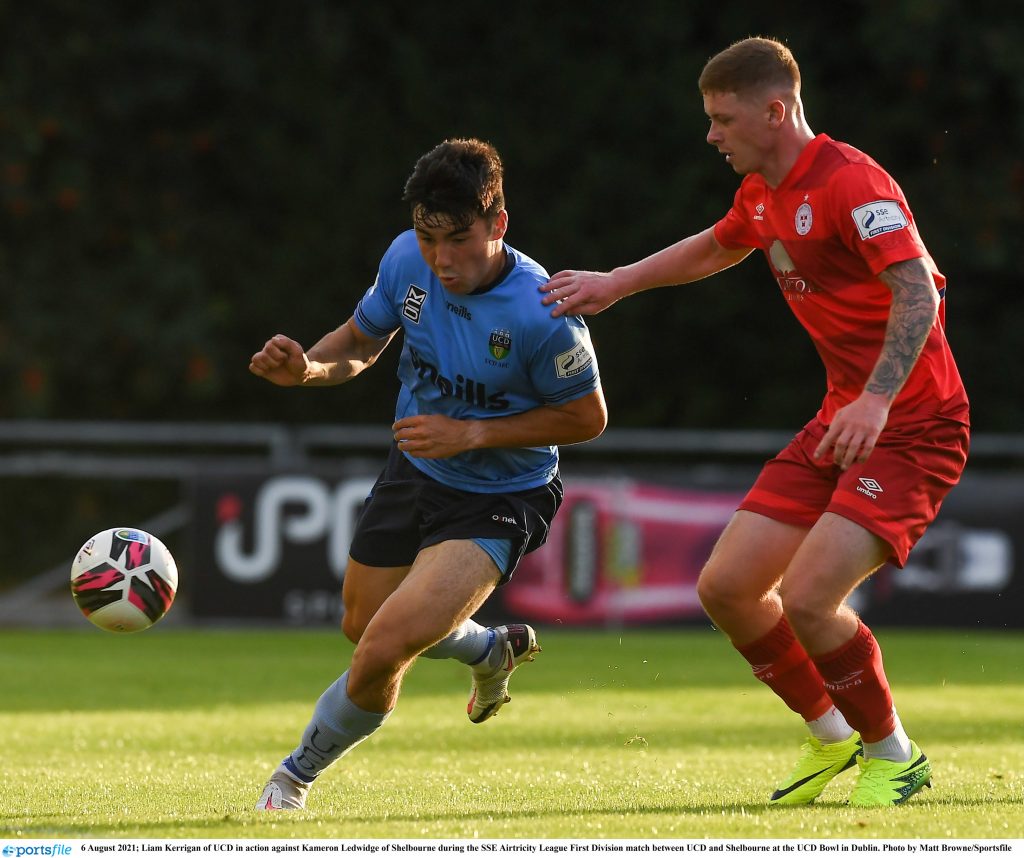 Shelbourne FC has announced the re-signing of defender Kameron Ledwidge for the 2022 season at the Club.

Kameron joined the Reds at the back end of last season before helping Shels win the SSE Airtricity League First Division.

The 20-year-old made eight appearances for Shels on the way the league title. Prior to joining Shelbourne, Kameron had played for Southampton FC.

The left-sided defender has also been called up to the Republic of Ireland U21 squad recently as well as consistently featuring at underage international level.