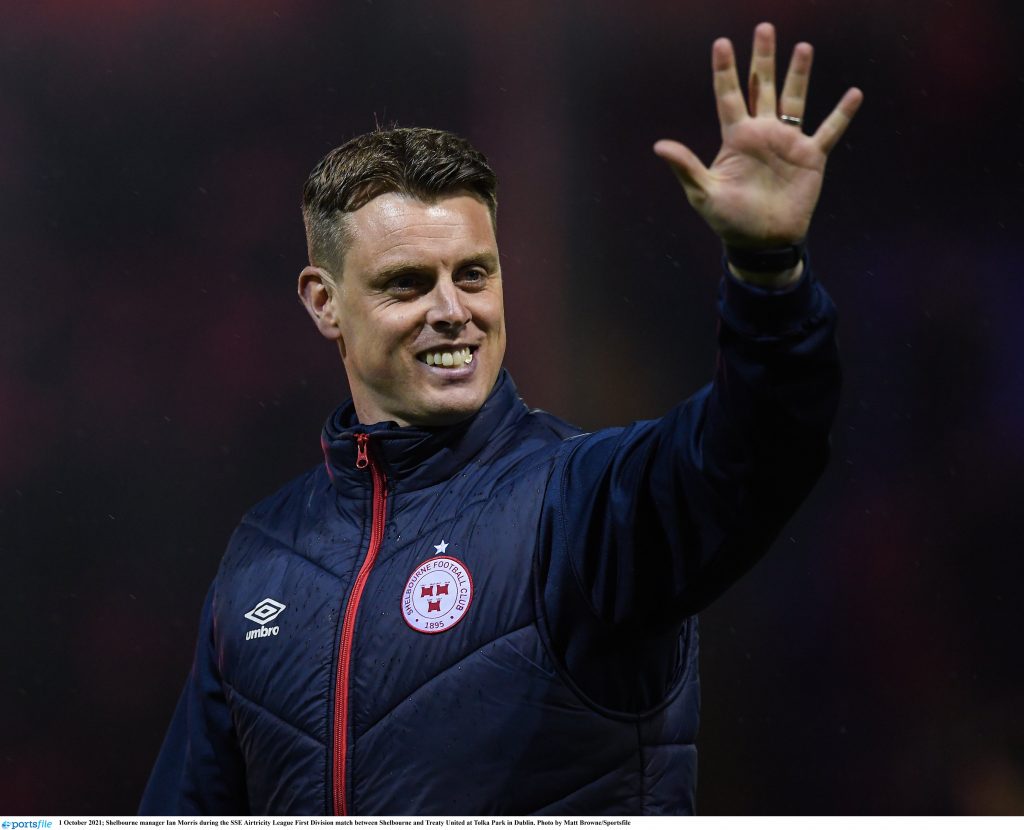 Shels boss Ian Morris said he wants nine points from the remaining three games and that is the sole objection now the dust has settled from last week’s title win.

“We’ll be playing as if nothing is done yet and I’m sure the players will be looking to impress. There’s three big games left to play,” Morris said.

“We want to impress our fans. The atmosphere was electric on Friday and we’re hoping it’s going to be same again.

“We want to score goals, keep clean sheets and training this week has been no different to any other week,” he added.

Morris said “opportunities may arise” for players coming back into the team, though his main concern is analysing Athlone and picking an 11 targeted for Friday.

“They’ve got real pace and really can give people a game. They know they need to win the game so it will be a good game,” he added.

The Shels Manager said his team afforded a “small celebration” on Saturday but said his players know there’s an exciting run-in to come.

“There’s no change in attitude,” he told shelbournefc.ie.

Denzil Fernandes has resumed training though will undergo a fitness test Thursday to asses his progress.

Gerardo Bruna and JJ Lunney have both resumed non-contact training but Morris said “no one will be rushed back.”

Left-back Kameron Ledwidge will miss Friday’s game due to international duty with Republic of Ireland U21s.