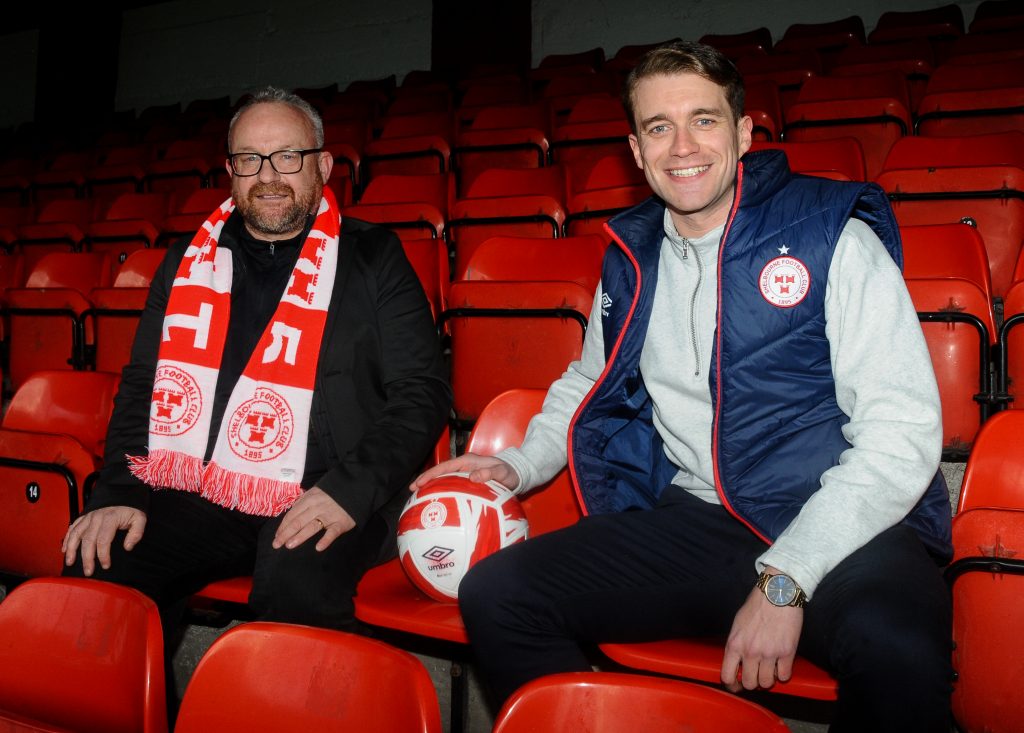 Shelbourne FC has today launched the world’s first forest dedicated to a football club – the Red Wood, as part of a significantly expanded partnership with Cloudforests, a leading Irish climate action company focused on forest creation and environmental protection.

The Red Wood will grow through 2022 and beyond with a tree being planted with every goal that Shelbourne’s Men’s and Women’s teams score next year.

This significant partnership means Shelbourne fans and players will directly impact the reduction of C02 emissions in Ireland helping it meet its Climate Action Goals. The Red Wood will be created using Native Irish Trees such as Oak, Rowan, Alder and Birch.

As part of the agreement, Cloudforests will also feature as front of jersey sponsor for Shelbourne FC’s U17M and U19M National League teams.

As the Red Wood is being created, there will be opportunities for all Shelbourne Fans to come and watch the forest grow.

Progress of the growth of Red Wood will also be exhibited as part of a digital media campaign with Cloudforests and the forest can also be viewed 24/7 on a dedicated live stream via Cloudforests.ie.

Keith McDarby, Shelbourne FC Commercial Director, said: “We are really thrilled to grow our relationship with Bernard and Cloudforests into 2022. Bernard is a man with some really fresh ideas and we’re really lucky to be working with him next season. We have some great things planned with Cloudforests for next season to make the club more sustainable and we’ll be sharing these as the season goes on. This is a massive step for the club and something we’re all really excited about.”

Bernard Pender, CEO at Cloudforests, said: “Following on from our successful partnership with the U-17 academy squad last year, we are delighted to further build on this relationship with Shelbourne FC,through this announcement today. We are incredibly excited to further enhance our support of the under age set-ups while creating the first real climate action initiative in partnership with a sports club. We are delighted to be able to announce the creation of the Red Wood today. This will be a forest creation that will help the club and the planet. This partnership will assist Shelbourne in becoming a leader in sustainability and in becoming Ireland’s first truly sustainable Sports Club. Basically the Reds go Green today! Shels are our CoolPartner 020 – a big welcome to our community to everybody involved.”

Cloudforests mission is to help save the planet. They are focused on climate change & environmental protection. They have a simple clear plan to create one hundred Cloudforests along Ireland’s Wild Atlantic Way. These forests are solely being created for the planet. The company was founded in April 2020 By Bernard Pender. Bernard has extensive experience in forestry, online technology and live streaming.

Forestry is the main pillar of their climate action plans. They are directly investing in land to plant trees. They are also investing in new native tree plantations, existing plantations & forests that have been forgotten or neglected. They are partnered with Ireland’s leading foresters to implement their vision. The other pillar of the Cloudforest mission is being involved in the communities in which they operate.  They believe in community involvement, investment and jobs. Cloudforests have already partnered with numerous community teams, businesses and individuals.