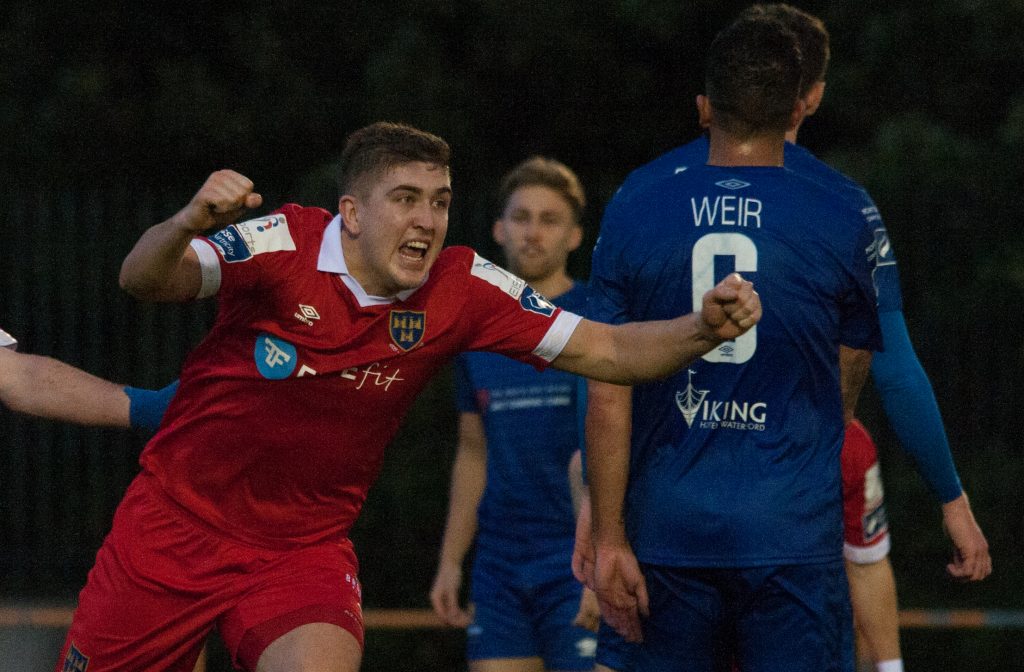 Shels received a great send off to Waterford when a few fans gathered adhering to social distancing and let off pyrotechnics as the players left Tolka Park headed for the RSC.

It almost felt like Shels were top of the league and one win away from the title but in reality they were akin to a sitting duck just two points above the relegation playoff and without a win since they played Finn Harps in the second game after resumption.

A win for Shels would be priceless. Waterford were in poor form but sat in third in the table looking in a strong position to get a European spot.

The two sides met in the league in the first game week after resumption with Waterford running out with the three points after a 1-0 win and a stray ball was turned in Shels 6 yard box.

Shels boss Ian Morris was outraged at the league’s “disgraceful” management of fixtures and said its affecting the “integrity of the league.”

Shels made four changes to the side that lost 3-1 to Bohs. Colin McCabe, Dan Byrne, Karl Sheppard and Mark Byrne dropped out and Jack Brady, Oscar Brennan, Ryan Brennan and Dayle Rooney came into the starting 11.

Shels started off brightly after Kilduff’s knock down fell to Rooney who saw his left footed shot go inches wide of the post.

Waterford somehow managed to keep it all square after an inviting corner was cleared off the line only as far as Oscar Brennan who sliced his shot which resulted in a goal kick.

Waterford should’ve took the lead after Ali Coote found himself one-on-one with Brady who got down low and tipped Cootes’ shot just wide of the post.

Georgie Poynton’s quick thinking set Kilduff free after a quick long throw and Kilduff found himself in space, firing the ball across the box towards Rooney but the cross had a little too much on it and the chance went begging.

Kilduff nearly put the Reds ahead after Ryan Brennan’s dazzling run found him in space to lay it off to Kilduff who saw his shot go wide of the post from a mere 10 yards out.

It was a dominant first half from Shels who were definitely the better of the two sides in the first half, but endured late first half pressure from Waterford.

Shels started off the brighter of the two sides again after a period of possession resulted in a corner which Shels had a penalty appeal turned down after the ball appeared to strike the arm of the Waterford defender.

Waterford almost broke the deadlock after a high ball into the box was met by the head of Kurtis Byrne who saw his header force Jack Brady into a world class save diving away to his left and tipping the header wide.

Waterford yet again found themselves one-on-one with Jack Brady but Coote fired his effort well over the bar from just four yards out.

Pressure began to build for Waterford as they found themselves in a dominant position in the game for the first time in the game and O’Keefe saw his shot just clip the top of the bar with Brady looking all but beaten.

Shels picked themselves up and began to grow in confidence putting pressure on the Waterford goal and looking dangerous.

Waterford brought on Irish international Daryl Murphy for the last 15 minutes as they looked to grab a winner and add some much needed experience in the Waterford side.

Waterford nearly broke the deadlock after some good play on the right flank got them space to put the ball in the box and it fell to Murphy who layed it off for Fitzgerald whose shot went just wide of the post.

Shels took the lead in the 84th minute after Ryan Brennan turned home a brilliant ball in from Poynton giving Shels a priceless goal in the fight for survival.

Shels survived a late scare after Daryl Murphy flicked the ball up and turned brilliantly but his pinged volley flew just over Brady’s goal.

It is a huge three points for Shels as they grew the gap on Finn Harps to five points and taste victory for the first time since August when they faced Harps away from home.

However, it is a huge dent in Waterford’s European hopes as Sligo Rovers, St Pat’s, Shels, Derry and Dundalk are now looking up at them.