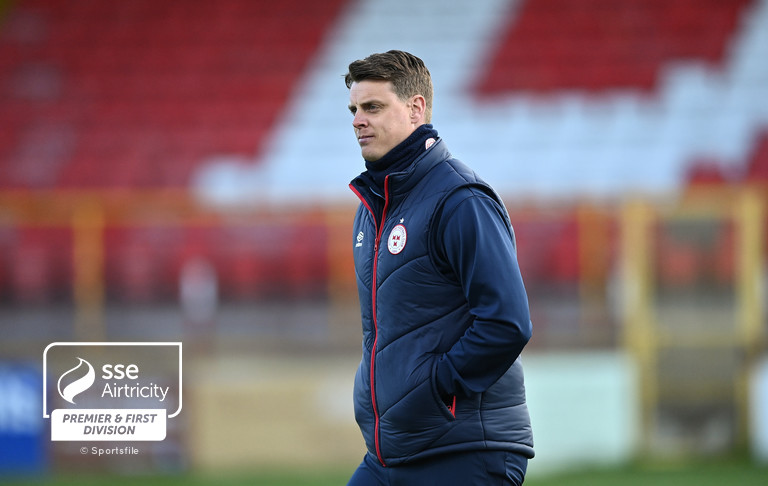 Shelbourne boss Ian Morris said he is “really looking forward to getting fans back” to Tolka Park “as soon as possible” ahead of tomorrow’s home game against Galway United.

Shels look to continue their fine form against another rival tomorrow night as the second round of games in the SSE Airtricity League First Division gets underway.

Shels extended their lead at the top of the division last week with a 3-1 win over University College Dublin.

Ahead of tomorrow’s game, Manager Ian Morris said he fully backs volunteers and Covid-19 officers around the country to help create safe environments for allowing fans into grounds.

“It would be great to get them back. We’re here to entertain and with other restrictions being lifted I don’t see why it can’t be soon,” he added.

Morris has been pleased with his side’s form after the first round of games, saying they have “been tested a number of times.”

“We keep going right to the end of games. And we’ll certainly need that ahead of tomorrow’s game which will be on a knife-edge no doubt,” he added.

Reflecting on the year so far, Morris said the Reds “have to maintain their form” going into the break.

“Things can swing for you easily. You’ll see now that teams who started slowly at the start of the year and haven’t hit their form will only get stronger now.

“Teams in the middle to the bottom of the league will be putting runs together,” he added.

Shels have everyone except Gerardo Bruna and Denzil Fernandes available with the pair remaining out through injury.

Live coverage will be broadcast on LOITV with Steven Doody and Darren Cleary on live commentary.

Post-match analysis will also be available for Shelbourne Members and Patreon subscribers.