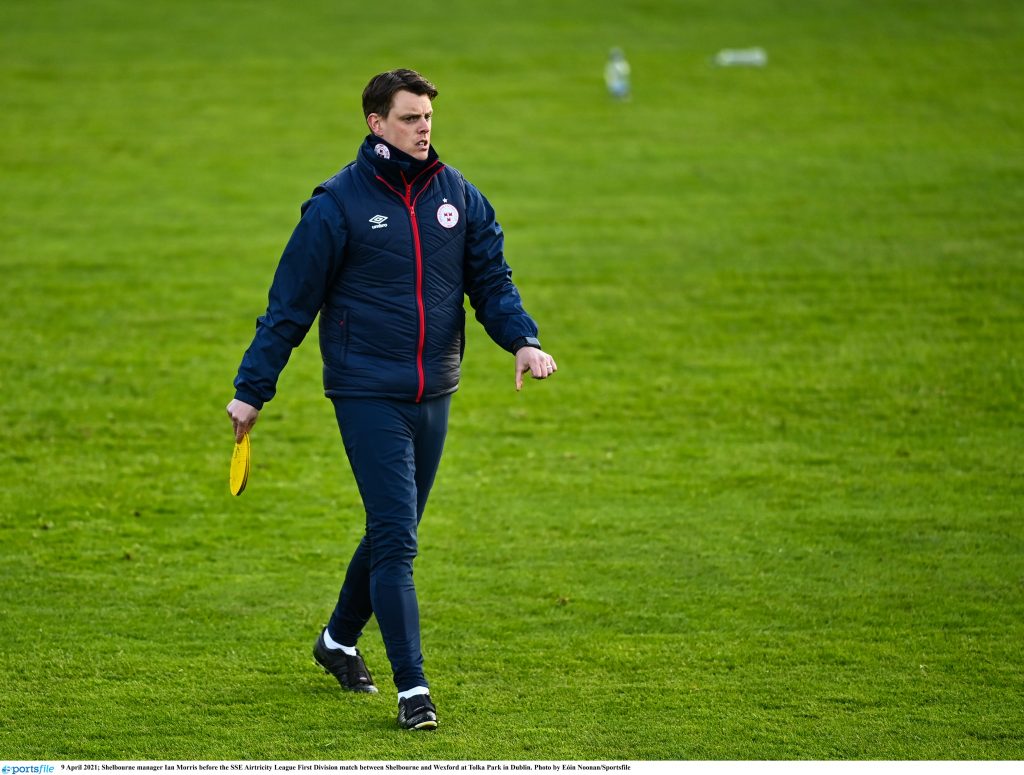 Shels boss Ian Morris says his side “still have a few gears to go up” despite their unbeaten start to the season so far.

Shels have three wins on the bounce and face high-flying Treaty United at Tolka Park this Friday, a side who are also unbeaten in their first ever SSE Airtricity League First Division campaign.

Morris said his side will face a “tough side who will battle with all their heart and bodies on the line.”

“I went to see them against Bray in the first week and you could see how together they were. Their fitness levels have improved massively again so we really really need to be prepared for this,” he added.

Shels will give a late fitness test to Georgie Poynton while Denzil Fernandes and Gerardo Bruna remain out injured.

Morris said he’s got players pushing for places “right from goalkeeper to up front” but has also been impressed by Kev O’Connor’s performances in Red this term.

“I’ve been an admirer of his for a while. He’s doing everything I expected and more. He looks after himself so well and this shows in being given the armband,” he added.

However, Morris added that he “still expects loads more from Kev.”

Morris has informed his squad that “every player will be needed this year” as the season takes shape with any possibility able to happen at any point.

“I debate on every position, week in week out, and it’s good that we can change from a three at the back to a four at the back and give us that flexibility,” he added.

It was a good week at Shels’ training base at the AUL as the Shelbourne FC Academy took its place back training and Morris said it was “great to see the smiles back on faces again.”

“It’s a credit to everyone at the club from the Academy coaches to the Covid officers to have it run so smoothly. They’ve been brilliant for the club,” he added.