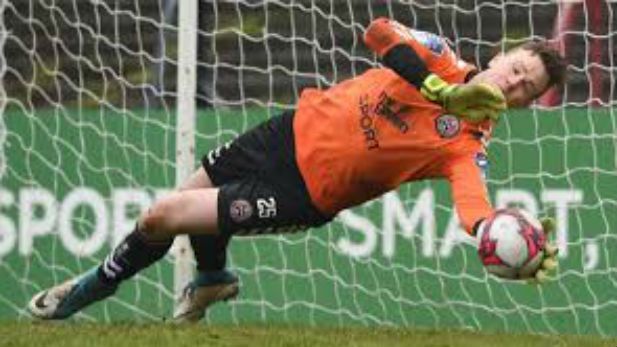 Shelbourne have signed goalkeeper Colin McCabe ahead of the start of the 2019 season.

Colin’s last club was Bohemians, who he signed for in August 2017, following his return home after four seasons with Celtic U 17s – U20s. During his time at Parkhead he went out on loan on two occasions to Stenhousemuir, where he made 27 first team appearances.

Colin made his senior debut for Bohemians at the end of the 2017 season, in a 3-1 league win over Finn Harps.

He found it difficult to make a breakthrough to the first team at Dalymount due to the form of Shane Supple, though he did make appearances in the EA Cup (2), the IRN-BRU Cup (1) and three League appearances – Against St. Pats (3-1 win), Waterford (3-1 loss) and Sligo Rovers (1-1 draw)

Colin has International Caps at U17 and U19 levels.