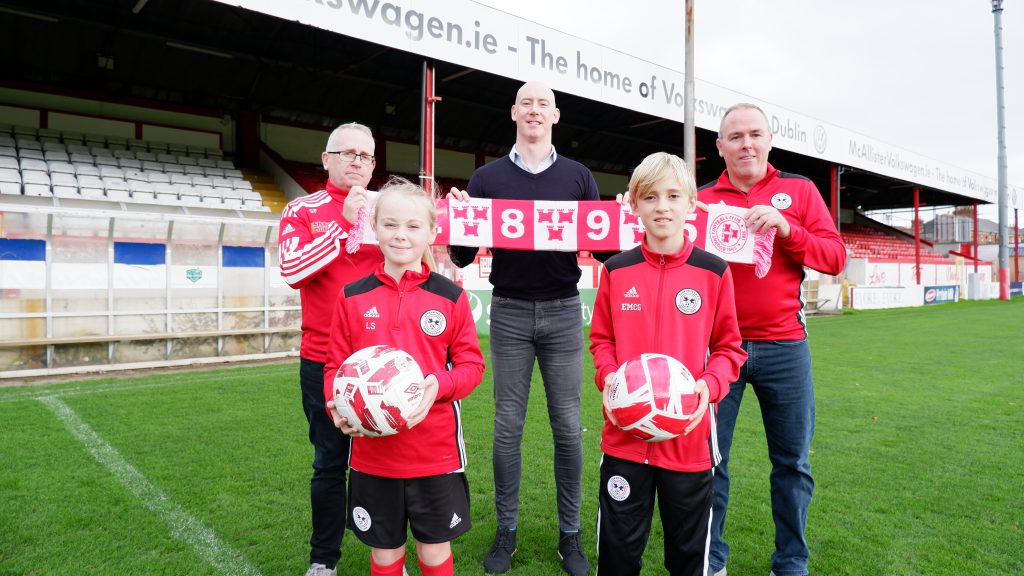 Shelbourne Football Club is delighted to announce Lusk United and Finglas United as the first Community Partner clubs of our Reds Together progamme.

Both areas are crucial for Shelbourne as we continue to grow our reach across Dublin and both clubs have long storied traditions within their own communities which reflect the brilliant clubs they continue to build.

The announcement is an extension of the Reds Together programme which has already included partnerships with The Alzheimer Society of Ireland, St Patrick’s Mental Health Services and the DDLETB for our specialised education course for young adults.

The education theme is continued with several personal development workshops planned as part of our education pillar in the Reds Together programme.

The partnership has already seen great success as over 150 Lusk United members attended a recent WNL game at Tolka Park and will do the same this Sunday at the FAI Women’s Cup Final.

Both Finglas United and Lusk United share the same values, volunteer ethos and commitment to developing their players as people first and players second as Shelbourne and we look forward to collaborating with them over the coming months.

John McGouran, Shelbourne FC Community Officer, said: “We are delighted to welcome Lusk United and Finglas United into our ‘Reds Together’ programme as Community Partners.

The values of both Clubs mirror those of Shelbourne: community focussed, a strong volunteer ethos and a commitment to developing their Club members as people first and players second. We look forward to working with Lusk United and Finglas United to deliver our ‘Reds Together’ Community Programme  to encourage participation in football across all ages and ability and to promote education and wellbeing initiatives within their respective Club and local community.

Steven Farrell, Executive Committee Member at Lusk United, said: “Lusk Utd are delighted to be linking up with Shelbourne FC under their new Reds Together Partnership. Our club and community are at the very heart of our focus since we established in 1969. Now with over 850 members and with a growing female section, the club are ready to take on a new challenge. This initiative is consistent with our vision that football can play an important role in our society. We look forward to strengthening our relationship with Shelbourne FC in the coming years as community partners.”

John Fox, Chairman at Finglas United, said: In 2015, two clubs WFTA Football Club and Mellowes B.D.S., that can trace their origins back to the road leagues of the 1950’s & 60’s and who together boast a combined history of over 100 years in the Finglas West area took the momentous decision to amalgamate from the 2015/16 season onwards and from then on would be known as Finglas United Youth and Football Club.

“For too many years clubs in the Finglas area had been competing against each other for resources and the area had not produced the levels of success that a hotbed of soccer like Finglas West should and our primary aim was to become The Local Football Club of choice by players, their families & supporters

“By providing an environment which encourages community and family involvement in a friendly atmosphere Finglas United look to continue this development and we are delighted to link up with newly promoted Shelbourne F.C. under their Reds Together Partnership Programme.

“We look forward to developing our relationship with Shelbourne F.C. over the coming seasons and are eager to work alongside the staff in Shelbourne F.C. and would like to thank John Mc Gouran for his work with us to date on this programme.”