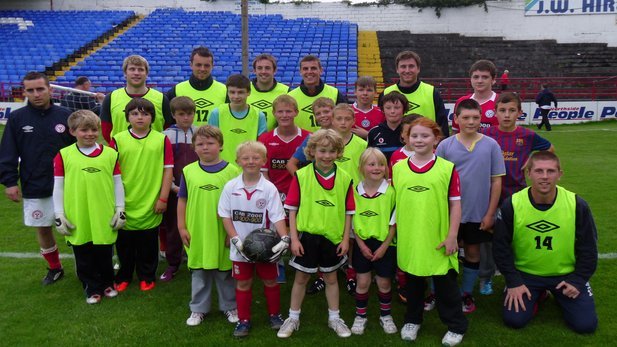 Join the Junior Supporters Club 2014 for just €10 and avail of the following:-

•Membership Card (this entitles you to 10% disc. in the club shop)
•A Signed Birthday Card From The Entire Team
•A Signed Christmas Card From The Entire Team
•Junior Supporters Club Sticker
•Team Poster
•Social Events throughout the season.
•Matches at half time
•Opportunities To Meet The First Team Squad
•Exclusive End of Season Draw for Signed Jerseys from Both Current and Past Players

And for the 2014 season, all Junior Supporter members will gain free admission to all home games* in the months of July and August. So it’s free summer soccer while your on your summer holidays!!

Application forms can be obtained by contacting Robbie at robbiewoodcock@hotmail.com