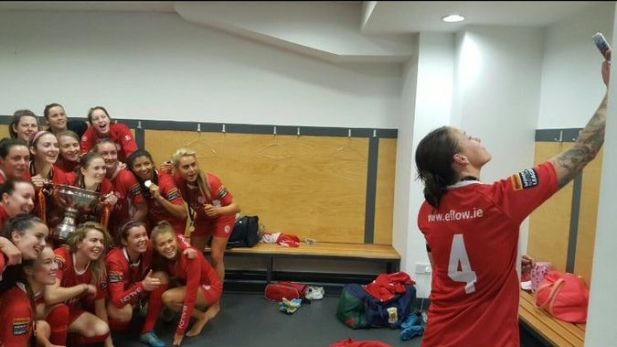 Shelbourne FC is committed to equality and parity of esteem for all of our players. That&rsquo;s why, in preparation for the 2019 season, the club has taken a number of steps to demonstrate our commitment to women&rsquo;s football:

Shelbourne FC CEO, David O’Connor said, “We have appointed Dave Bell as Manager of our Women’s National League team. Dave has previously managed Ireland’s team at the WU17 European Championships in 2017 and is well-respected within football circles. We’re confident that Dave is the right person to realise the full potential of our WNL squad, which includes a number of Senior, U19 and U17 internationals. Dave will be assisted by Pat Behan.

“We’re also delighted that our U17 WNL side will continue to be managed by the successful management duo of Laura Heffernan and Karen O’Connell. Having won the inaugural U17 National League, Laura and Karen will be looking to repeat that success in 2019.

Shelbourne FC supports the 20×20.ie campaign, an initiative aimed at increasing media coverage of women in sport, female participation at all levels, and attendance at women&rsquo;s games by 20% by 2020, and our WNL team will wear a “20×20″ arm patch in support of this initiative for the coming season.”

With a range of sponsorship opportunities available as well as fundraisers that can be supported throughout the season, you can show your support for Shelbourne FC and women&rsquo;s football by getting in touch at commercial@shelbournefc.ie.